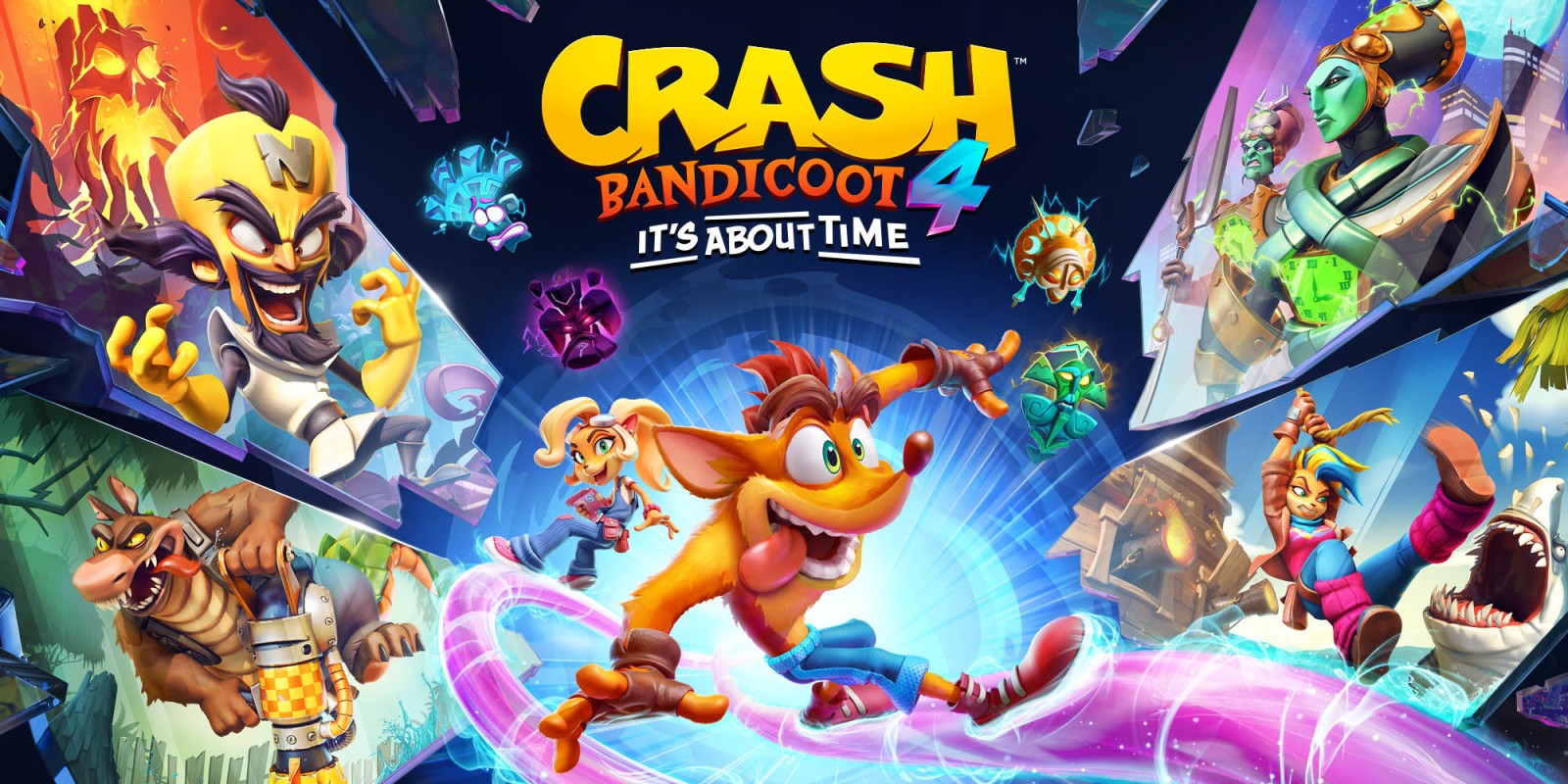 Activision snubbed the Nintendo Switch with its initial launch of Crash Bandicoot 4 back in October last year, instead focussing on the PlayStation 4 and Xbox One versions. Six months later, and the game is out now across each of the “big three” manufacturers’ latest platforms: PlayStation 5, Xbox Series X and S, and Nintendo Switch.

While Nintendo-owning bandicoots are left daydreaming about wumpa fruit rendered in 4K, Crash 4 has taken a step backwards on Nintendo Switch in terms of its fidelity, yet it’s ultimately the same game as last year with the nice-to-have ability to play it anywhere.

Having already played the game on PS4 over the Christmas break, the first thing that jumped out at me here was the visual downgrade. Don’t get me wrong, it’s still a stunning game spanning luscious vistas, dusty saloons, toxic swamps and sci-fi cities. None of that is lost here, yet some textures do look a little murky and below par with the last-generation console versions. Don’t look at any footage of any other console versions before playing this game, and admire it for what it is: a solid throwback on Nintendo Switch!

There are dozens of hours of fresh Crash Bandicoot content here; if you’re the type to rinse a game of every last secret, I’m adamant that even the most hardcore of Crash fans will have close to a hundred hours’ worth of gameplay to go at.

There’s over forty regular stages, each with five gems rewarded for collecting up to 80% of the total wumpa fruit, smashing all of the crates and not dying more than three times; and then there’s another gem hidden somewhere within the level along with video tapes which unlock retro-styled “Flashback” stages. Reaching the end of a stage also unlocks the time trial mode for that level, while all six gems will reward you with a new skin for Crash and Coco.

Like I said, there a lot of stuff to collect here, and a lot of reward for doing so. Yet, for all of its fresh new content, the core gameplay ultimately boils down to the same mechanics that long-term fans will have grown accustomed to over the years since our marsupial hero’s debut on the original PlayStation.

Sure, new power-ups and playable characters add some variety – Tawna can wall-jump to reach higher places, Dingodile has a hoover which can suck up crates and be used to hover across otherwise unjumpable gaps, and a selection of Quantum Masks appear throughout to give Crash new abilities.

Think about a Super Mario game and how it uses its power-ups, though. You’re encouraged to play with them and explore levels in unconventional ways. You can even take power-ups from one level into another and discover whole new areas. Crash 4′s don’t offer any of this freedom, as each level has pre-determined checkpoints where power-ups are given and then taken away.

When you’re playing with the mask called Akano equipped, Crash’s spin is upgraded into a “Dark Matter Spin,” which affords you the ability to double spin jump across lengthy gaps – similar to the Tasmanian Devil’s. And so when Akano is equipped, the level design will be littered with massive gaps. It’s all just a little bit predictable, and these new power-ups are used to within an inch of their life when the staff credits roll.

Being about time, Crash Bandicoot 4 is a direct successor to the original PlayStation trilogy. Every PS2 game and beyond never existed in this game’s canon, but I can fairly confidently say that Wrath of Cortex was a better sequel back in 2001.

Saying that, the N. Sane Trilogy introduced Crash to a whole new generation of gamers, and this “fourth” game in the series is a solid follow-up. Developer Toys For Bob has nailed Naughty Dog’s slightly outlandish tone and humour, and really made Crash Bandicoot its own.