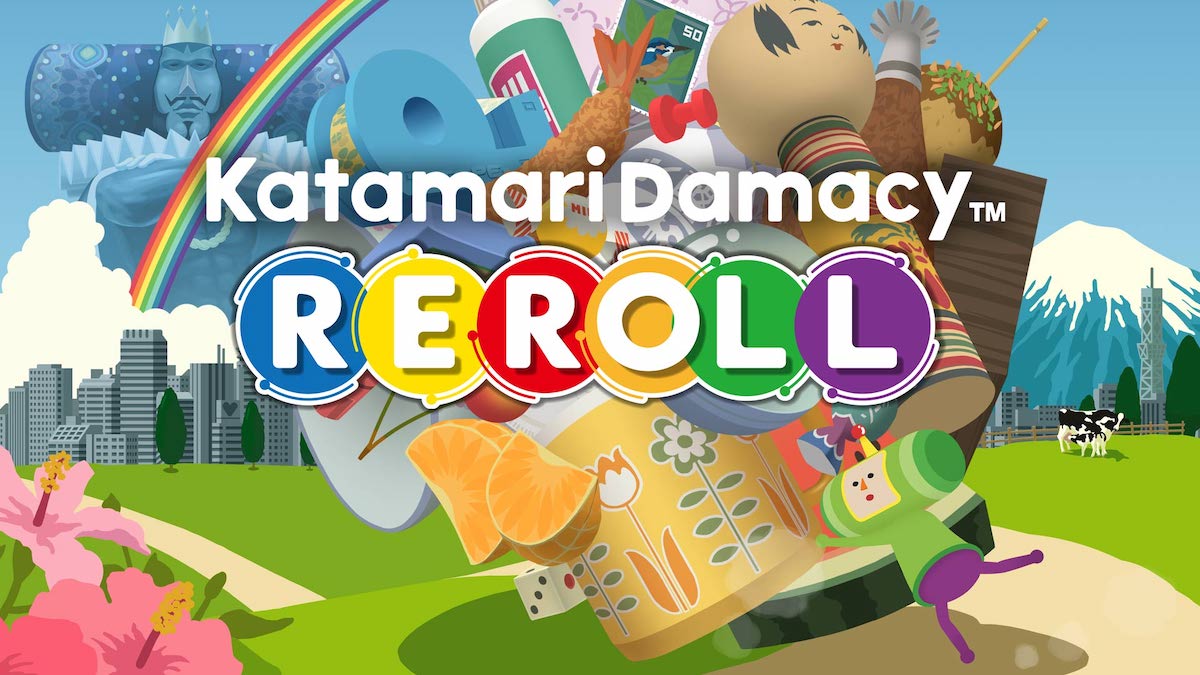 Katamari Damacy is nuts. That’s it, that’s the review. If you’re familiar with the series, you don’t need to read any further. It’s the original PlayStation 2 game in full HD on what are now Sony’s and Microsoft’s previous-generation systems.

If you’re unfamiliar with the Katamari series, Damacy was the series’ debut, putting you in control of a diminutive green Prince whose father – the King of the Cosmos – has accidentally destroyed the stars, moon and constellations from the night sky. It’s your job to head on down to the most cluttered planet of them all, planet Earth, and use your Katamari (a word which directly translates to English as “mass” or “clump”) to roll up day-to-day items, until it’s snowballed into a size that’s big enough to replace the star or constellation in question.

There are ten main levels to choose from, where the objective is to ensure that your Katamari is of a certain size when the timer runs out. You’ll start the first level with a tiny ball in a typical Japanese home, only able to collect drawing pins, mandarin peel, dominos and other small household items. Each collection visibly sticks to your Katamari and increases its size, with certain milestones making it visually apparent that you’re able to collect even bigger items.

It’s a borderline addictive gameplay loop, with a larger Katamari granting entry to previously inaccessible areas which in turn offer even bigger items for you to scoop up. One minute you’ll be avoiding cats in the garden, which tower over our tiny Prince in the early stages of a level, and the next minute you’ll be romping through a whole town, rolling up lamp posts, cars, and even humans. Such is the rate at which the Katamari grows, and when you hit the sweet spot of being just the right size to sweep up everything within a given area, it’s certainly a rewarding feeling.

Aside from the aforementioned cats, there’s only a handful of adversaries, although they don’t pose too much of a threat. Sure, bumping into them will cause you to shed a bit of your load, but nothing that can’t be re-retrieved. Instead, it’s the control scheme which poses the most threat to your success.

After spending between four and five hours on the main story missions and a couple of side missions, I still didn’t have complete confidence in my ability to control the Prince and his Katamari through the world – although it feels obtuse by design. You see, the default control scheme almost feels like you’re handling a tank. Pushing both sticks forward moves you forward, but rotating the ball and manoeuvring the world can be a real challenge with its twin-stick setup proving incomparable to anything that’s come before it.

Katamari Damacy is a short game, then, but the combination of time limit and cumbersome controls is a brutal one that had me on the edge of my seat for the duration of each level. A quick bash at the game on a Friday evening soon turned into an early Saturday morning bedtime.

The price at £24.99 is a little steep for a handful of hours in what is ultimately a sixteen-year-old game, but there’s plenty to do for the completionists among us in collecting every possible item, plus there’s a hidden gift planted somewhere in each stage, while the side missions throw in modified objectives to keep things interesting.

The game is perfectly paced, and the bright, bombastic, Japanese-themed aesthetic is just as wild as the gameplay, with never a dull moment to be found. If you’ve never experienced Katamari Damacy before, don’t sleep on it this time around. It’s unfortunate timing that it’s launched on Xbox One and PlayStation 4 the day after Sony’s PlayStation 5 arrived here in the UK, but in a world where the industry is obsessed with resolution, frame rate and the number of “K’s” coming out of your TV screen, Katamari couldn’t care less. It’s nothing if not a breath of fresh air.