Skip to content
Home Reviews Need for Speed: Most Wanted U (Wii U) Review 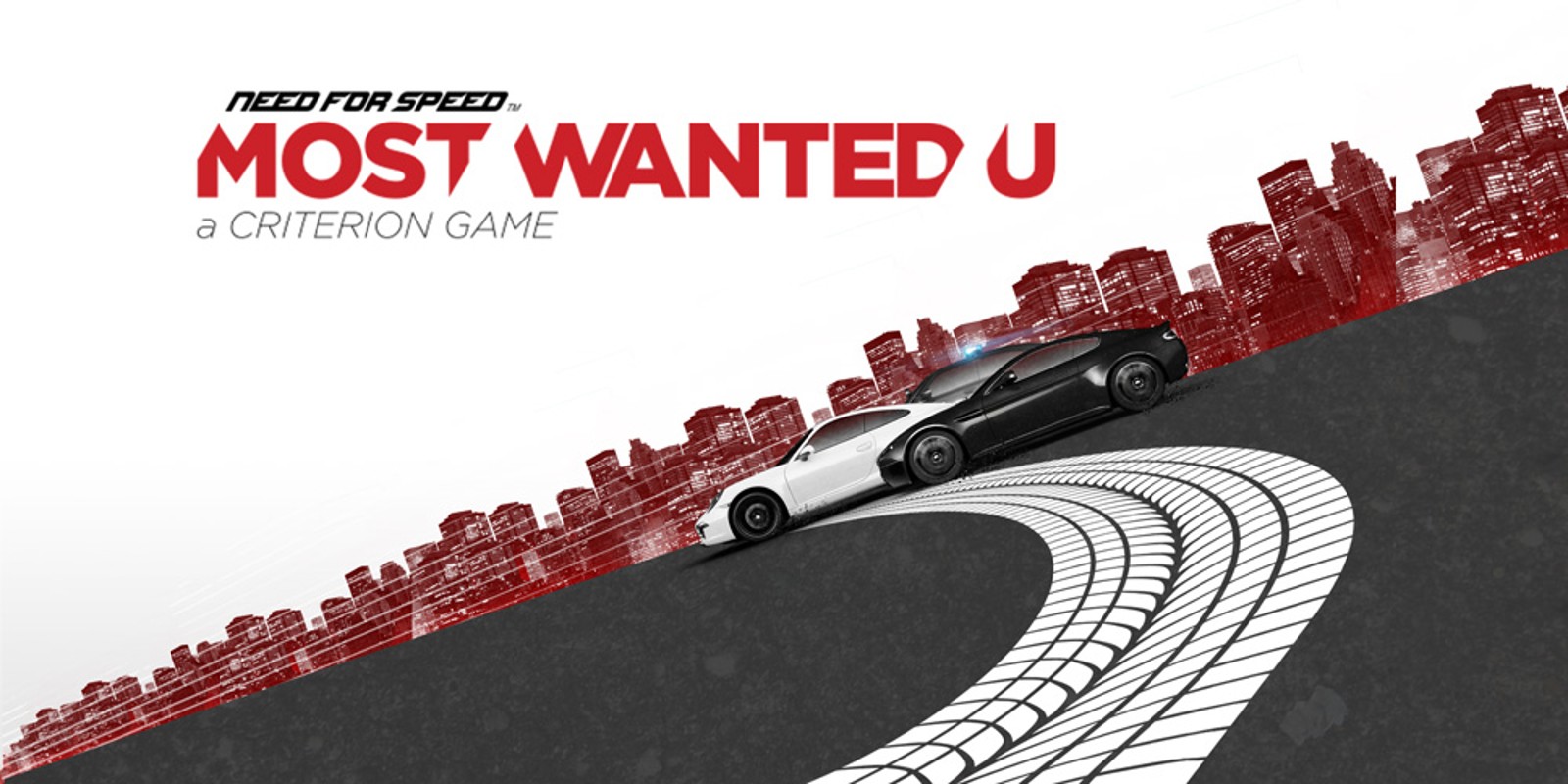 Criterion’s reboot of Need for Speed: Most Wanted was a very different beast to its 2005 namesake. There were key similarities, of course – you race against progressively faster cars, evade the cops, and move up the city’s blacklist of most wanted racers – but that’s about as far as it went. With Most Wanted U, Criterion’s taken the time to understand Nintendo’s latest system, and rebuilt last year’s fantastic racer with Wii U in mind.

Whether we’re talking about its graphical capabilities, social networking functionalities or the touch-screen GamePad, Need for Speed: Most Wanted U takes advantage of almost each and every one of the Wii U’s features – which is especially impressive considering that this game is a ‘late’ port, and we’re not even six months into the system’s lifespan.

As touted by the developer prior to release, the game features textures taken directly from high-end PC versions, while the Wii U’s additional RAM over the PS3 and 360’s is put to good use in making Most Wanted U not only the graphically superior version, but also the version with the sturdiest frame rate. Jargon aside, this game is absolutely stunning, with each car intricately detailed both inside and out.

The attention to detail in each car’s damage model is equally fantastic, with small scrapes leaving scratches in the shiny paintwork and huge collisions crumpling bonnets. Driving off-road, meanwhile, sees mud stick to the side of your car, and spinning your wheels or doing donuts for too long disintegrates your tyres.

Aside from punctures, however, any damage to your car is entirely superficial, and doesn’t actually affect your performance. With that said, each car has its own set of stats, which includes ‘strength’ amidst the standard fare of acceleration, top speed and the like. Dependent on your car’s strength, it’s possible to be taken down by other racers, or indeed by a misjudged deployment of nitrous oxide leading you into a barrier. This instigates a short cut-scene which shows your car getting wiped out while the race continues without you. With that said, after watching your car spin, flip and barrel roll into a miserable fate, the game does throw you straight back into the action at a reasonable speed. While this does mean that there’s no need to restart each race over until you’ve mastered the track, some crashes will leave you too far behind the leaders to redeem a decent finishing position – and when you factor this in with some of the game’s more challenging races, Need for Speed: Most Wanted U is a very difficult game to complete.

With that in mind, one bugbear we have with Most Wanted U is the time it takes to restart an event. The pause menu sometimes loads up a second or two after hitting the start button, and hitting ‘Restart’ doesn’t simply throw you back to the starting line – you must sit through a lengthy loading screen before enduring the particular race’s opening cut-scene once again. These could’ve easily been one of the game’s more charming features, with some later races’ interludes getting especially crazy with flying cars and the like, although they sadly get tedious over time.

The loading times aren’t all bad, however. As with pretty much the entirety of the game, they’re intertwined with the game’s Autolog 2 feature, which proves that ‘always online’ games aren’t necessarily bad for the industry. While Most Wanted U doesn’t require you to have an Internet connection, the more Need for Speed-owning friends on your Wii U friend list the better, as their race times add an extra level of competitiveness to the game, and give you an additional, realistic, yet often more difficult goal than simply beating the game’s already-tough AI.

This stretches to other events outside of races, too. There’s no shortage of content in Most Wanted U, and you’re also challenged to find each car, smash through every billboard, and clock the highest speeds through the speed traps that are waiting to be found throughout Fairhaven City. Rather than just beating a time set by the developer though, Most Wanted U keeps an updated leaderboard on how your friends are performing, and challenges you to come back to the game again and again, to improve on your own times, and move up the leaderboards. There’s no need to worry about having a shortage of friends to challenge either. Autolog recommends people you may know based on existing friends, and if you’re okay with creating an Origin account, you can challenge milestones set by owners of the game on other formats.

It’s a shame that these features weren’t programmed to display on the GamePad’s screen rather than in a pop-up box on the TV, although the GamePad’s unique functionalities are put to good use. Despite digital triggers, the game never feels constrained by this input, with an arcade-esque drifting system which encourages you to brake while still holding in the accelerator. If you do crave analogue acceleration, however, you can re-map the controls, where using the right stick for acceleration and braking works equally as well. Aside from motion controls – which are arguably a little too clumsy to keep control of the game’s faster cars – the game handles just as it would on a rival platform; while the GamePad’s touch-screen is used to either mimic the TV display, or show a menu that’s intended for use by the player’s co-driver.

While it was Criterion’s intention to make Most Wanted U as accessible as possible, making all of the co-driver options available at a single touch of the GamePad screen to a solo player by default is something of a design fault on the developer’s part. Criterion wanted casual players to play the game with a Wii Remote, Wii Classic Controller or Wii U Pro Controller, while a secondary, more experienced gamer takes control of the GamePad to assist the other player in miraculously removing traffic out of the way, inexplicably changing the time from night to day, improving visibility, and directing the TV player to otherwise hidden secret locations. This is all well and good, until a solo player plays the game with the GamePad, and has all of these options available for him or herself to take advantage of. It detracts from the overall challenge of the game, and somewhat corrupts the leaderboards in that one player might have found all of the hidden security gates legitimately, while a friend has used the instantly-accessible map on the GamePad.

Aside from this Wii U-exclusive co-driver mode, there’s no other form of local co-op in favour of its six-player online multiplayer. In a sense that’s a shame – we still go back to the 2005 game for some local multiplayer shenanigans from time to time – yet playing online is a pure joy. There’s no waiting around in lobbies, itching for other racers to join: you select the Multiplayer option from the pause menu, you choose whether you want to play with friends or randoms, and you’re immediately placed in a fresh Fairhaven City with up to five other players. There, you’re free to compete with these other players at certain multiplayer-exclusive milestones, or challenge them to a race. There’s no menus to speak of here, though – you drive up to a race’s starting point, jostle with the other players for the best starting position, and race on the count of three. There’s even voice chat using the GamePad’s built-in microphone, meaning you can organise races or challenges quickly and easily.

Cops, meanwhile, are ruthless even from the first tier. They’ll slam into you at every opportunity, set up roadblocks ahead of you, and send SUVs hurtling against traffic towards in an attempt to take you down with a head-on collision. This adds an extra element of strategy when in a pursuit during a race, yet they fairly focus on the AI racers as much as yourself. Hearing the cop radio out of the GamePad’s speakers is a nice little touch, too, as the units communicate between themselves. Sometimes, lines of dialogue are repeated multiple times in a pursuit, although it’s nice to get a heads-up to what their next move is going to be, while sometimes even being slightly humorous – “okay, this guy thinks he’s a bird,” as you take off over a ramp being a highlight.

Of course, all of these fancy bells and whistles would be deemed useless if the actual gameplay wasn’t up to snuff. Thankfully, we can confirm that it is. Each car feels different to drive than the next, while different car classes – from exotic to muscle, and sports to SUV – provide plenty of variety for each race. There’s a true sense of speed when you top 150mph, while hitting as high as 240 in the Ultimate Speed Pack DLC’s Bugatti Veyron (available on-disc on Wii U) is completely outrageous, and nigh on impossible to keep out of a barrier for too long.

Need for Speed: Most Wanted U (Wii U) Verdict

Need for Speed: Most Wanted U is a fantastic port of an already-near-faultless game. It’s one-of-a-kind in the Wii U market right now, and it gets almost everything right. It’ll take tens of hours to fully complete, with plenty of replay value further to that in playing online, and challenging your friends’ times and scores in the micro-leaderboards. It’s visually stunning, and a joy to play – it’s hard to see how even Nintendo itself could produce a better Wii U racer.

Criterion Games Electronic Arts Need for Speed: Most Wanted U Wii U