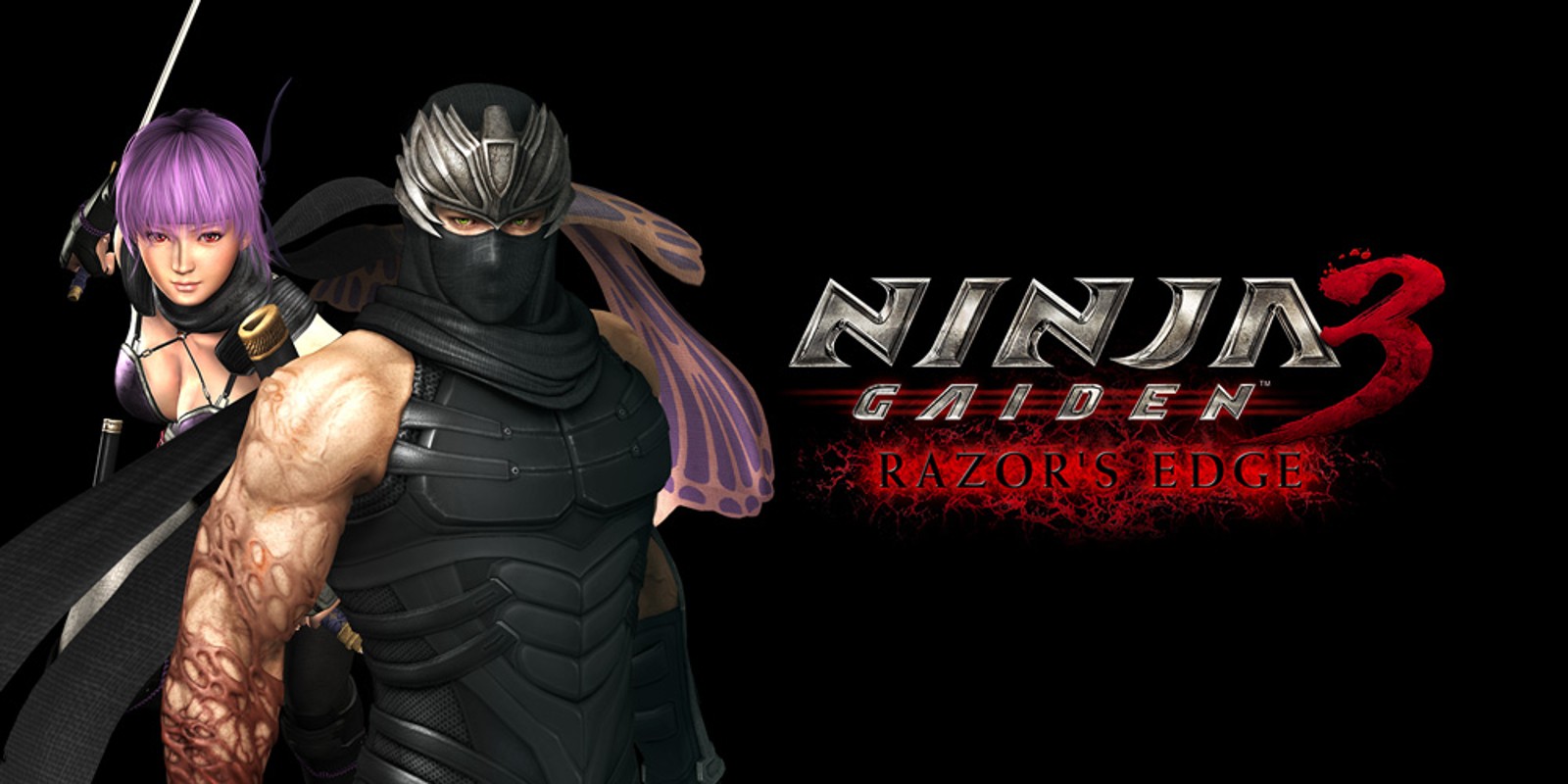 There’s been a lot of controversy surrounding the topic of violence in video games lately, and although it’s not too often you hear Nintendo’s name mentioned in a similar sentence, we were – in a weird kind of way – pleasantly surprised by the overly graphic and visceral nature of the Nintendo-published Ninja Gaiden 3: Razor’s Edge.

Of course, you’ll already know much of what we’re about to say if you’ve played Tecmo Koei’s Xbox 360 and PlayStation 3 versions, but we’ll assume, for the sake of this review, that you haven’t – just as we hadn’t going into Razor’s Edge.

The first concern we had with the game, which became noticeable after around an hour of playtime, was the lack of depth to gameplay. Yes, there’s combos to perform, different weapons to unlock and try out, and upgrades to invest in, but a vast majority of the combat – which this game is all about, after all – relies on constantly mashing the X and Y buttons; the former performing a strong attack or finishing move, whilst the latter has Ryu strike his nearest enemy with a quick attack.

Thankfully, the addition of ‘Ninpo’ attacks, and the sheer spectacle of what’s going on on-screen, do keep the game interesting throughout its five-hour campaign. Upon landing a strike with your primary weapon, your ‘ki meter’ fills with energy, granting you the single use of a Ninpo attack when filled; thus offering greater power, and the ability to attack multiple enemies simultaneously. As you attack your adversaries, their bodies get progressively more bloodied up, until eventually they begin to lose limbs, and become susceptible to one of your finishing moves. Call us odd, but there’s something strangely satisfying about sticking your metal-clawed boot through the chest of a one-armed foe, or successfully pulling off a Swallow Kick and knocking one’s head clean off his shoulders. This game should certainly come with a ‘Do not try this at home’ label.

Each battle in particular typically features groups of opposing ninja, wielding one of a selection of melee weapons. Although there’s not a great deal of variety, each enemy type wears a distinct type of clothing so you know what you’re going up against, whilst cronies with machine guns or even bazukas attempt to deal damage from a distance. And enemies aren’t simply pushovers or obstacles standing in the way of your objective. Each battle you stumble upon is slightly more difficult than the last, with enemies that not only put up a fight, but appear to make a conscious effort to defeat you. And when you’re not surrounded by dozens of ninja with knife-to-throat, you’re more than likely to be playing through an over-the-top set piece, or battling an end-of-level boss – usually taking the shape of a stronger-than-usual ninja, or a mech, spider-type thing.

Despite somewhat repetitive gameplay and a linear game world, though, the variety in scenarios really do help to keep the game feeling fresh throughout. One minute you’ll be battling through a jungle, the next you’ll be in the confined spaces of a laboratory’s corridors. With that said, the environments are barely the best-looking we’ve seen in a video game, although you won’t even notice when you’re enthralled in the action – where the character models are both designed and animated intricately. Technically, we did encounter drops in the frame rate a couple of times, although this only occurred when there were more enemies than usual on-screen, and was barely even noticeable in the fray of battle. Also noteworthy is that – only once or twice – the game also decided to freeze, only for a matter of seconds, as it loaded the next area. Nothing game breaking, but a niggle nonetheless.

In terms of the Wii U version of Ninja Gaiden 3 specifically, we were pleasantly surprised to find that there’s nothing in the way of tacked on gimmicks – no ‘swipe the touchscreen’, or ’tilt the GamePad’ prompts here. A couple of commands are mapped to the corners of the touchscreen, although you can still push A and X to activate a Ninpo attack, or push on the right stick to use Ninja Sense; a list of combos are displayed in the centre – which helpfully clears up the TV display somewhat. And even though we already know how well the GamePad’s screen performs in replicating the TV display, it’s just as easy to get mindlessly absorbed into Ninja Gaiden 3 when playing on the controller as it is on the big screen.

Ninja Gaiden 3: Razor’s Edge doesn’t do anything new or revolutionary in terms of either the genre or the hardware, but what we have with Team Ninja’s hack-and-slash adventure is a pure action game which is very good at what it does. Granted, the gameplay might not appeal to everyone, and there’s shortcomings in terms of its story’s length, but for the dedicated Ninja Gaiden fans among us, this will still keep you busy for hours upon hours thanks to the two-player co-op and eight-player competitive online multiplayer modes. Similarly, if you’ve been looking for somewhere to start with this series, or are craving some over-the-top gory action on Wii U, snap it up right away.