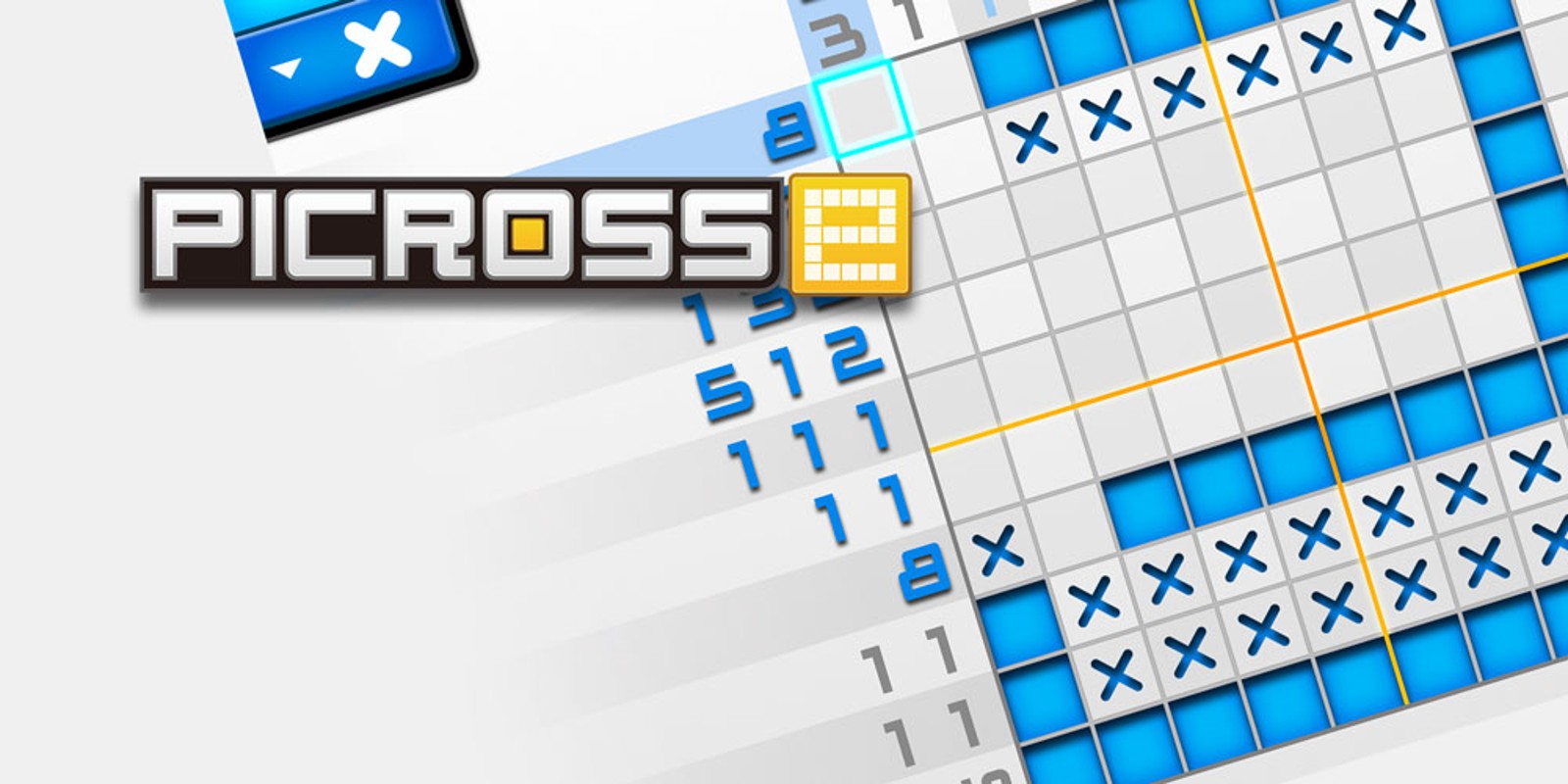 As with many long-running franchises, Picross games are always guaranteed to be a lot of fun, although there’s always that underlining concern that the latest game’s barely changed since its previous iteration. In terms of Picross e specifically, Jupiter’s implemented a number of new features to make its latest puzzler appropriate to a wider audience, but is there enough innovation to make the latest entry different enough from the Game Boy original – which is also available from the Nintendo eShop?

At the end of the day, Picross is Picross, and there’s only so far you can take the nonogram-based puzzle game without abandoning the grids in favour of 3D blocks, but that’s a whole different ball game. With Picross e, what you see is what you get: a modern version of Picross available from the Nintendo eShop, that’s aimed at everyone; although what the ‘e‘ really stands for is anyone’s guess.

For those unfamiliar with Picross (or picture crosswords) the premise is simple: use number-based clues to fill in squares in a grid to make a picture. Simple in concept, yet potentially fiendish in practice. Picross e is by no means the hardest nor content-filled game in the series, yet the twenty hours of addictive gameplay make its £4.50 price tag an absolute steal.

So, what’s changed? Why should you download Picross e if you’ve already bought and played a previous game in the series to death? Truth be told, for someone who’s done just that, there’s nothing ‘new’ as such. However, if you were put off by Picross DS‘s 20 x 25 grid puzzles, or the monochrome, time-limited Mario’s Picross, Picross e is arguably the perfect entry-level game in the series – for those that want it to be.

The new Navigation feature, should you require it, turns the numbers above or alongside a column or row blue, which indicates that you can fill in or cross out a square or number of squares in that respective row or column with certainty. Basically, if there’s a move you can make without using guesswork, the game will tell you, making the later puzzles more streamlined, fluid and a lot less frustrating than in previous games.

Making its return is also the Hint Roulette feature, which, should you accept its assistance at the beginning of a puzzle, fills in a row and a column to give you a firm starting point – which lines of squares that get filled in each depending on the timing of a button press as a cursor scrolls over the clues, roulette-style.

Something that’s been ditched in the latest iteration however, is the ability to zoom in whilst playing; presumably partially due to the 3DS’s higher resolution screen, but mainly due to the omission of puzzles larger than 15 x 15 in size – where those in Picross DS extended to 20 x 25. Despite this, the largest of the three size variations can get somewhat fiddly if you’re using stylus controls (more on those later), with 3DS XL owners undoubtedly benefiting from the larger screen size.

Don’t completely underestimate Picross e‘s difficulty, then. While it may seem that Jupiter’s aiming to hold the hands of the casual players whilst potentially alienating long-term, hardened players, it’s worth bearing in mind that using the aforementioned Hint and Navigation systems is entirely optional – with one puzzle out of every five challenging you to solve it ‘using only your own strengths’ and forbidding their usage. Just like every other puzzle though, you can skip these and come back to them when you feel better-prepared.

Speaking of which, you can actually skip past any of the levels should you so please, as all 150 are unlocked from the offset; so the feeling of triumph and the little pixellated picture at the end of each puzzle are relied upon to keep you playing, with no post-game content on offer here.

Finally, much like with the DS game, Picross e benefits tremendously from the handheld’s touchscreen, although button controls are available should you prefer. In fact, it’s the hybrid control scheme of both buttons and stylus controls which we found more comfortable than the others, which sees you choosing between filling in a block or inputting a cross by pushing up or down on the Circle/D-Pad respectively, whilst tapping the block you’d like to interact with on the touchscreen – all whilst the image you’re creating is drawn simultaneously on the top-screen (with a 3D background, should you slide your depth slider up – despite the gameplay taking place entirely on the lower screen).

Overall, the series’ 3DS debut is recommended to both newcomers and returning Picross-ers looking for another fresh slice of the pure-breed puzzler. Whilst the background music is repetitive and its use of 3D manages to be both underwhelming yet overdone at the same time, Jupiter doesn’t need the latest technology to deliver the ideal Picross game. However, the new bells and whistles that become available thanks to the 3DS hardware only add to the formula in making the series more appealing to a wider audience – and more people buying Picross e means a higher chance of its sequel getting a localisation, which will hopefully re-introduce those 20 x 25 puzzles we’ve grown to love thanks to Picross DS.