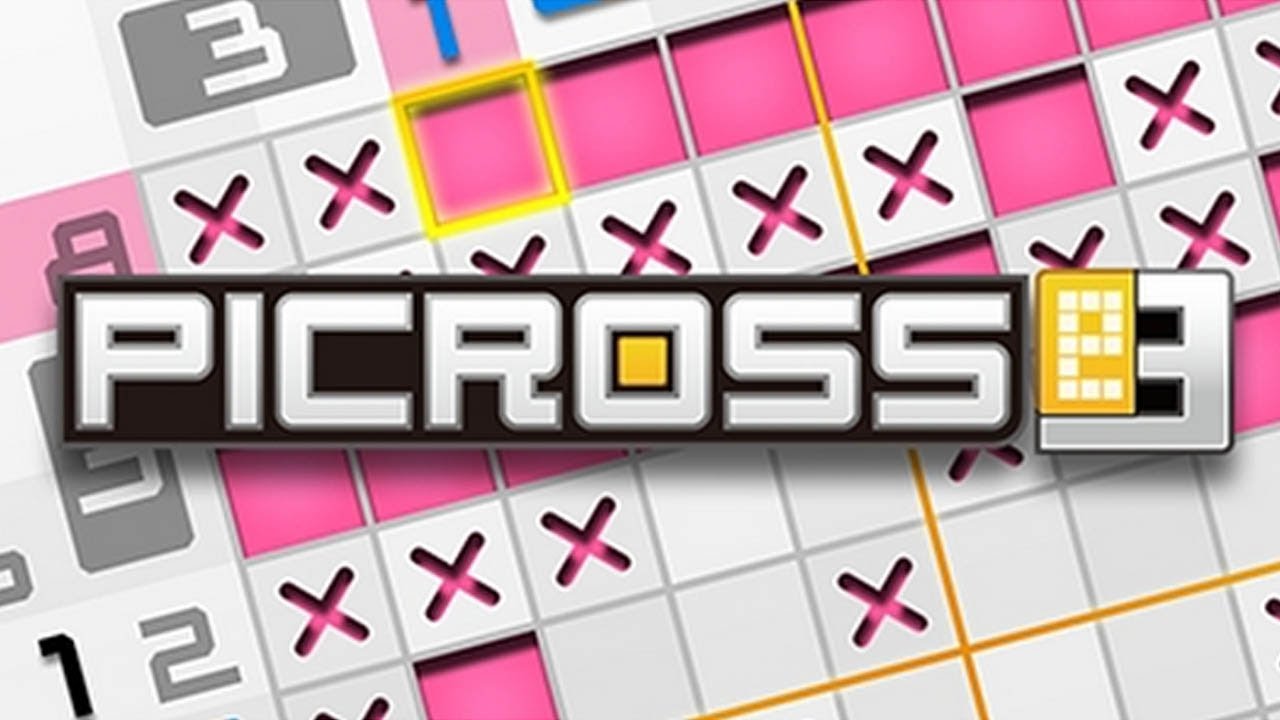 Picross e3 is the third downloadable 3DS entry in the long-running puzzle series, and much like its predecessor, it adds little in the way of variety. There’s another new colour scheme and a hard-as-nails Mega Picross mode for series veterans, but at its roots, this is little more than another £4.50 content update for the previous two games.

And that makes Picross e3 a tremendously difficult game to review. If you’ve played any Picross title in the past, chances are you know exactly what’s on offer here. Around twenty hours of puzzling, the bells and whistles you’d expect from a 3DS entry, and a quirky new mode – in this case the aforementioned Mega Picross puzzles.

These are few in number, although insanely difficult to master. Whereas normal picrosses see one number-clue per row and column, the clues given in Mega Picross can – and often do – span two columns or rows, with the solution following suit, meaning the next square in the group could be either above, beneath, or alongside the previously-filled cell. It’s a tremendously difficult set of rules to explain, which even Jupiter fails to fully explain within the game’s tutorials.

If you’re a Picross nut looking for more content, you’ll lap up the new puzzles on offer here. Played a previous game but feel you’ve had your Picross fill? Maybe the series isn’t challenging enough for you anymore? Mega Picrosses will sort you out and show you who’s boss. Never touched a Picross title before? e3 is as good a starting point as any, so why not hop aboard here?

Unless you’re completely adverse to the idea of Picross, there’s sure to be at least some enjoyment for you here. Even if you barely scratch the surface there’s little doubting that you’ll come away feeling content with your £4.50 purchase.