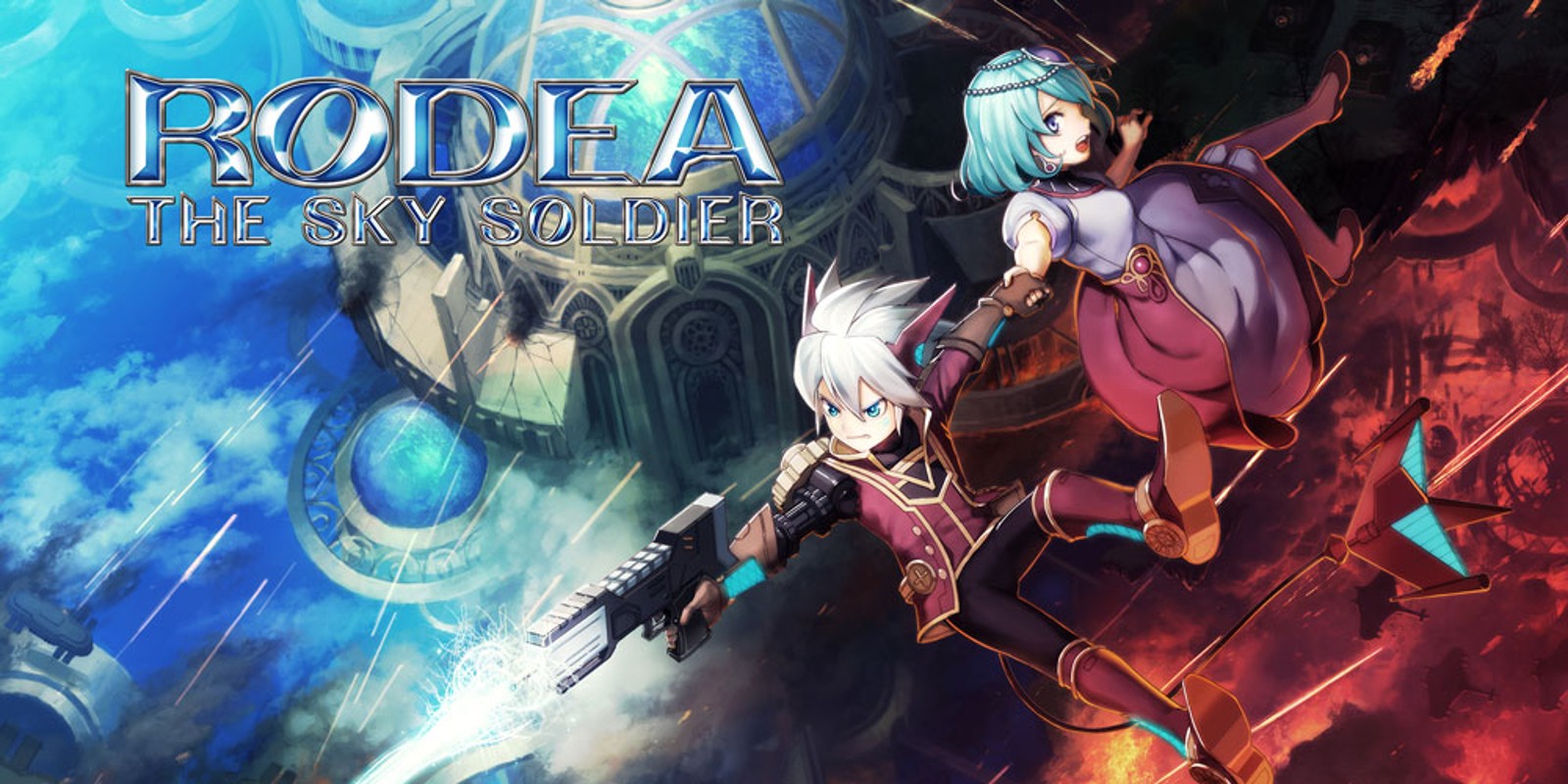 The general concept behind Rodea the Sky Soldier is one that interests me greatly. It’s an original action game with a focus on aerial combat from Yuji Naka, the producer of two personal childhood favourites: Sonic the Hedgehog and NiGHTS Into Dreams. After a long and troubled development cycle, developer Prope’s Wii version of Rodea was eventually shelved and development was sourced out to Kadokawa Games, who ported the game to Wii U and Nintendo 3DS.

Unfortunate timing with Nintendo’s hardware led Kadokawa to first port Rodea the Sky Soldier to Nintendo 3DS which, understandably, required numerous cutbacks to accommodate for the handheld hardware – particularly with the controls. Kadokawa then ported the 3DS version to Wii U, rather than Prope’s original Wii game, and the result is a product that feels dated from the second you take flight.

The Prologue chapter introduces you to Rodea’s story and controls, and is riddled with frame rate issues even in the seemingly less-demanding sections. Oddly enough, these become less prominent as you delve into the opening chapters. But you shouldn’t write off those negative first impressions just yet: there’s plenty more where those came from.

In all fairness, its simplest form of gameplay often displays glimmers of greatness: point at a destination or enemy and press “A” to fly towards it. Pressing and holding “B” gives you a speed boost, but decreases your flight time at a faster rate; this can be replenished by defeating enemies, collecting Gravitrons or landing. When it works, it works astoundingly well and offers a grand sense of flight you’ll struggle to find elsewhere. For better or worse, it’s certainly reminiscent of Naka’s early work.

Rodea is effectively a mash-up of NiGHTS and Sonic Adventure with free-flowing combat, but don’t let its apparent openness fool you: it’s as linear as they come, with little reward for departing from the beaten path. Occasionally you’ll find power-ups which grant you a shield or replenish Rodea’s health, but the game itself doesn’t provide so much of a challenge that you’ll need to actively seek these out.

Checkpoints appear frequently enough that most genuine deaths won’t result in too much lost progress. Unfortunately, many of these deaths don’t occur due to clever level design that outsmarts the player. No, Rodea the Sky Soldier’s enemies are cheap at the best of times, and if you’re anything like me, you’ll find yourself rage-quitting more than once.

Your flight time, which is already limited, will often grind to a halt as one of many poorly implemented features spring the control out of your hands as Rodea spirals out of control. The camera will have no problem tripping you up as you attempt to aim at an enemy’s weak spot while the controls will only let you divert your flight path if there happens to be a nearby platform or landmark within pointing distance of your reticule. And it’d be wrong to ignore that most enemies seem to be designed to frustrate.

Rodea’s foes often switch between two stances: one leaves the enemy vulnerable to attack and the other harms Rodea should you land an attack on the enemy while it’s in this particular state. However, I lost count of the times I’d aim at a vulnerable enemy only to have it transform – with no prior warning – at the last second, leaving no way for me to back out of the attack which ultimately led to me falling to my demise. Even when you’re battling enemies that should prove easy to defeat, it often becomes difficult to judge the distances between Rodea and a target. The combat is mundane at the best of times, and is sure to result in frustration for even the most patient of players.

The gameplay is further held back by sections that prevent progress until you’ve completed a specific task. Often you’ll be asked to find a hidden switch, collect items for a character that you’ve met, or defeat a selection of enemies before you can move on. These serve as little more than distractions from the “fun” parts, and feel intentionally placed to pad out each stage.

Boss fights certainly prove more interesting as you take to the skies to defeat larger-than-life Golems and similar beasts. You’ll avoid their attacks as you attempt to find specific weak points, which are highlighted by glowing markers. This shakes up the gameplay in a meaningful way, in that it offers diversion that utilizes the best parts of the game in a unique manner. However, you’ll never spend more than a minute or two in each boss fight; once you’ve found each one’s particular weak point, you’ll mash the boost button and defeat it quicker than you would most standard enemies. During one early boss fight, I was even able to complete the stage before Rodea had finished trash-talking with his adversary.

The voice acting is certainly a redeeming factor, especially if you’re a fan of cheesy dialogue. In many ways, Rodea the Sky Soldier feels like something that could’ve inspired Kid Icarus: Uprising had it launched fifteen years earlier. In fact, the 3D cut-scenes and grainy in-game visuals would’ve felt right at home on SEGA’s Dreamcast. 2D sprites pop up during in-game dialogue to represent each character, and they’re fantastic. But with three conflicting art styles used throughout, it all feels rather inconsistent.

Ultimately, Rodea the Sky Soldier occasionally shows glimmers of the greatness that Naka and his team at Prope had in mind, but leaves too much to the imagination. Technically, Kadokawa’s Wii U effort is an upscaled Nintendo 3DS game where the developer could – and should – have taken advantage of the Wii U’s power to expand on the original Wii title. Everything about Rodea feels dated, while generally poor design decisions consistently let this one down.

Kadokawa’s interpretation of Rodea the Sky Soldier is one that misses the mark on so many levels, and it’s a prime example of how to butcher a solid idea.