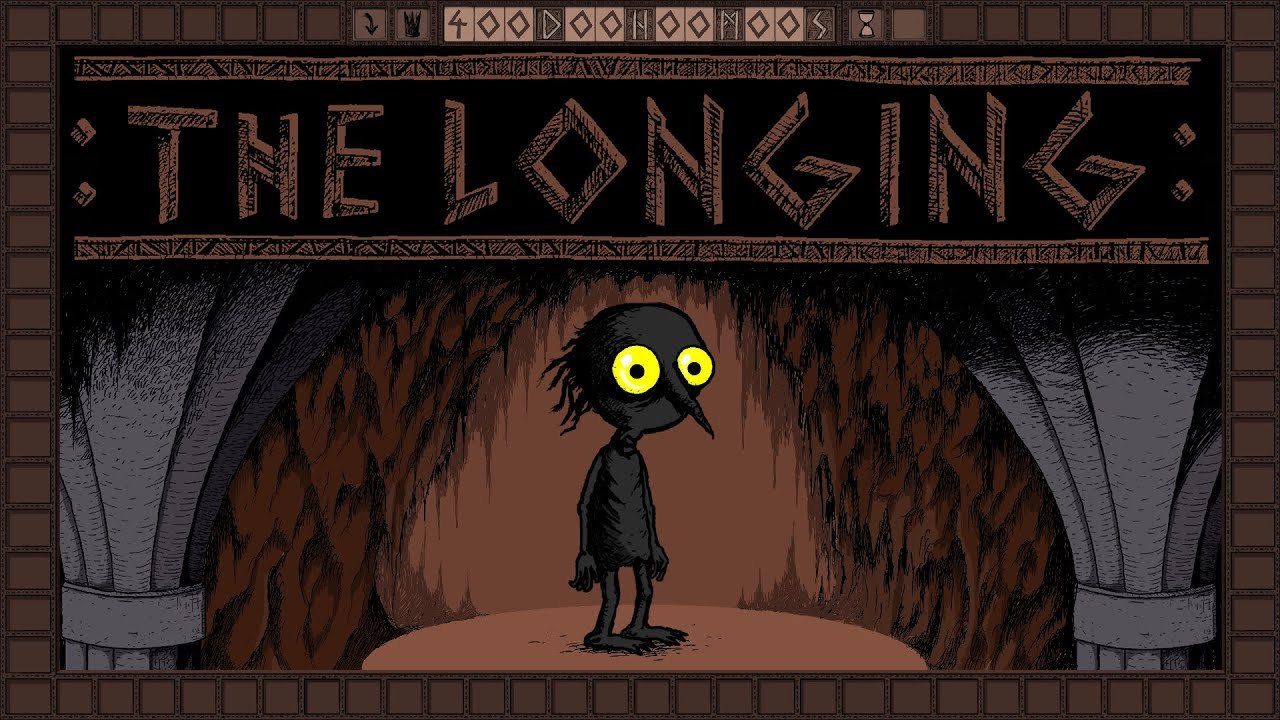 One of the first games I bought which actively prevented me from continuously playing it was the Nintendo DS game Brain Age (or Dr Kawashima’s Brain Training in the UK). I was a preteen that spent $20 on a neat brain training simulator, and was disappointed that I could only really play for a few minutes a day. After a while (and realising that skipping forward was not the intended way to play) I came to understand the importance of a game that frequently encourages you to take breaks. It’s through this mindset that I came in with The Longing, an indie game with a premise that’s as boring as a bunch of rocks and yet uses that monotony to create a chilling and thought-provoking atmosphere.

The Longing is a tricky thing to review conventionally. While I can classify it as a walking simulator taken to the genre’s logical conclusion, it’s much more than that. In this game, you play as a Shade, a coal/dust-like being that’s tasked with waking up a dormant king after 400 days. The catch? Oh, there isn’t one – except that’s 400 days in real-time. From here, you’re free to explore the game’s world, which is a series of caves you can take your Shade through to explore as you start to piece together more of the world.

A signature moment in the game is traveling up some stairs to unlock a door while waiting for it to slowly creak open; this takes literally a whole minute. It’s here where your goals are established: you initially don’t have any. The Shade is dependent on its sleeping monarch, and just needs to wait a little while (well… “a little while” might be stretching it). Everything in this game is taken at a snail’s pace, from walking to collecting items to interacting with objects. Advancing further will have you encountering halls of valuable diamonds, wet climates, and even signs of other life outside the caves.

Oh, and lots of lots of waiting. Actions will take anywhere from minutes to hours to days to even a month, and The Longing expects you to wait through it all.

In short, it’s not what you would call conventionally fun. If you’re looking for something to test your action reflexes of puzzle-solving smarts, you’ll be disappointed. However, peel back the layers and you’ll find a wonderful story hidden among the in-game timers.

If I could compare my experience with The Longing, it would be analogous to Nintendogs or a Tamagotchi. The Shade acts as a player avatar, which moves slowly (sometimes excruciatingly so) to wherever you want to go. While you can point and direct the Shade to your destination (and even make it wander around or remember different destinations) I found that it’s much more personal directly moving it places. When in the caves, you can pick up items and explore to your heart’s content, but you also have to return when you’re done. Thankfully, the Shade knows where your home base is, so the return trip isn’t as tricky.

Oddly enough, the Nintendo Switch is the perfect console for this game, for the sole reason of its portability. Much like a Tamagotchi, I can bring my Switch anywhere and see what my Shade is doing; this is the perfect game for short bursts, as you’re discouraged from gluing your eyes to the screen and observing your Shade’s every move. The eerie yet calming music and atmosphere also works quite well when curled up in bed, and much like a visual novel, is a great way to relax. Because the game’s timer runs even when you close it, you can set it aside and work on other tasks while the Shade goes on its merry way.

While at your home base, you can look at the spoils of what you’ve collected and use the different knick-knacks to make some creature comforts for your Shade. This also has the effect of speeding up the timer (yeah, the game doesn’t actually have to be 400 days long) with certain activities shaving a little more time than usual. Look, if a game makes me read the entirety of Moby Dick and enjoy it, then that’s a point for it. It’s these break periods that hammer the virtual pet aspect of The Longing, and there’s enough to do here that I want to venture out into the mysterious caves to grab another lump of coal or a piece of an instrument for my Shade. I feel like I’m its only friend (as seen from its numerous monologues) and it’s my responsibility to take care of it, even if it’s only a virtual character on a screen.

The Longing does something wonderful that I haven’t seen in a while: it makes it so that you need to experience the game personally to enjoy it. In other words, you can’t just watch a stream of it and get it. I watched a few gameplay videos prior to playing the game and they hardly do it justice. Because the Shade I saw wasn’t my own, I felt less connected to it and as such thought, “Wow, this is boring.” Playing the game firsthand, however, is another experience entirely, and I was glad to have gone on this journey.

Now the hardest question to answer: Would I recommend The Longing? The answer is a resounding, “It depends.” If you want some epic-filled story with tons of stuff going on and fast-paced challenges to conquer, you’ll have to look elsewhere. If you want a very slow-burning narrative tale featuring an organic development to a lonely character, however, this game does an excellent job at drawing you in. Stick with The Longing and you’ll find a wonderful yarn; you just might need to wait a bit.