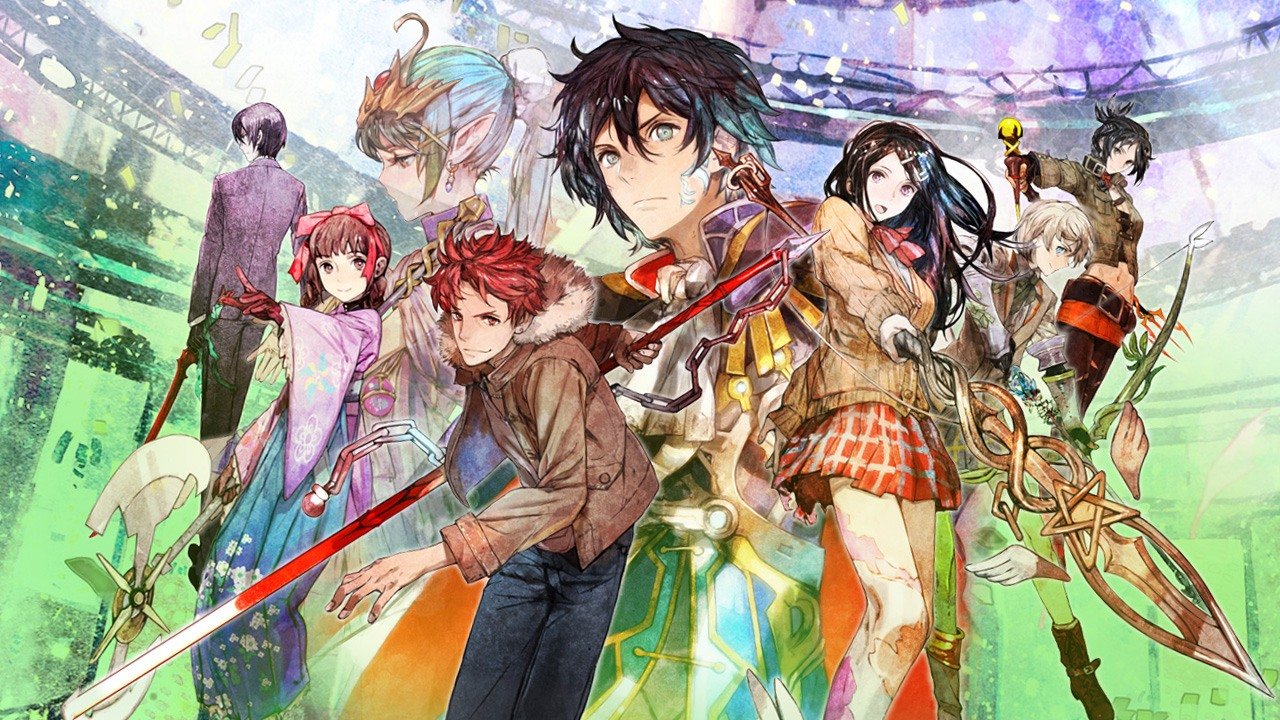 Tokyo Mirage Sessions #FE was originally announced as a crossover between the two beloved RPG series, Shin Megami Tensei and Fire Emblem. Following much internal discussion between Nintendo, Atlus and Intelligent Systems, it was decided that Atlus would take the helm and develop a traditional role-playing game that followed Shin Megami Tensei’s existing template, albeit in an all-new universe where no prior knowledge of the series’ story is necessary to enjoy its gameplay, whilst simultaneously leveraging certain elements from Intelligent Systems’ strategy series.

As its name suggests, the game takes place in a modern day Tokyo, Japan, with the story spanning various well-known locations such as Shibuya and Harajuku. Various real-life buildings are also present, which is a nice touch for fans of Japanese culture, although it could be argued that this represents an overlying issue for Western audiences.

If you’re not a fan of anime, J-pop, or simply dislike Japanese voice tracks, you won’t enjoy Tokyo Mirage Sessions regardless of how solid its underlying gameplay mechanics are. As protagonist Itsuki Aoi, you’re joined by a group of friends, united by your ability to enter the Idolosphere – an alternate universe inhabited by evil Mirages. These enemies are out to harness a special power known as Performa from Japan’s biggest Idol superstars. It’s a fascinating premise, and one that’ll keep you interested throughout its 30-hour story if you don’t mind its Japanese tendencies.

The entire aesthetic is heavily influenced by anime — from the 2D cut-scenes created by Studio Anima and Studio 4°C to the colorful mirage-esque non-playable characters. It’s a quirky look, perhaps due to budget limitations or time constraints, but it incidentally works with the game’s themes and creates a unique appearance that simultaneously feels familiar for fans of previous Shin Megami Tensei games.

As with any traditional RPG, the core gameplay is based inside each of the game’s dungeons, or the Idolosphere. Amidst frequent battles, you’re also faced with various puzzles which serve their purpose to pad out the content and keep you on your toes. Don’t expect anything as intricate as the puzzles found in The Legend of Zelda, but they’re certainly serviceable and generally don’t detract from the overall experience.

Being a Shin Megami Tensei game at its core, the turn-based battles are everything you’d expect from a traditional role-playing game, with layers upon layers of depth for you to explore and experiment with. Itsuki and friends don’t fight for themselves, however, and this is where the Fire Emblem crossover comes into play.

Fire Emblem: Awakening’s Chrom, the original Fire Emblem’s Cain and many more of Intelligent Systems’ characters make an appearance as mysterious Mirages, having conveniently lost their memories. With no recollection of how or why they wound up in the Idolosphere, they fight on behalf of our heroes using familiar weapons, also from the Fire Emblem series.

The battle system is reminiscent of Tokyo Mirage Sessions’ older cousin and fellow Shin Megami Tensei spin-off Persona, albeit with a unique twist called Sessions. It’s a new mechanic which allows you to link your fighters’ moves together in an elaborate combo system, adding yet another layer of intricacy to an already in-depth system. As your characters level up, they earn passive skills of a certain type; if a fellow fighter attacks with a move of the same type, the first character can perform a follow-up attack without using a turn, and so on. As more passive skills are learned, the more Sessions you’ll be able to perform per turn. This adds a fresh layer of strategy when it comes to deciding which heroes you’d like in your party, as some work better with others. Although, it does take time to learn which characters specialize in Sessions with each move type, and it can prove tiresome when shaking up your party.

Your Mirages’ choice of weapon can also prove to be frustrating over time. When you max out a particular weapon’s stats, you must return to HQ to perform Carnage – which involves an adorable Mirage named Tiki – who utilizes items you’ve found in battle to craft new, more powerful weapons. It sounds good in theory, but the trek back to Tiki while you’re mid-dungeon disrupts the action for more than a couple of minutes. Failing to do so feels like a waste, however, as your current weapon maxes out and is unable reach a higher level until your perform Carnage.

Sessions aside, the battle system is extremely familiar. You have the choice to perform a standard attack, use one of the special moves that you’ve learned, use an item for an extra advantage, or attempt to flee. There’s little new or exciting, but it follows the tried and tested turn-based RPG formula, and fans of the genre will surely appreciate the slight additions.

Enemies in the field are presented as generic hooded figures and swoop into you. There’s the standard fare of running into them to initiate battle or sneaking in an attack to force them into a vulnerable position, ergo giving you the chance to land the first strike.

Once a battle begins, I can’t help but feel that some of Tokyo Mirage Sessions’ charm is lost in translation. Your characters are constantly yelling … something at one another. In Japanese. With no subtitles. It’s not ideal, and if anything, it made me long for Xenoblade Chronicles’ delightful British accents. That’s not to say that its localization efforts are poor, however; the Nintendo Treehouse staff has done a fine job in keeping the sharp, often witty writing intact. Even the text messages between Itsuki and his allies – which appear on the Wii U GamePad – feel natural with missing grammar, typos and pseudo-emojis and are all used tastefully.

Ultimately, Tokyo Mirage Sessions #FE is a fine game with an engaging story, but it’s hard to identify it as a crossover – it’s more like another Shin Megami Tensei spin-off in the same vein as Persona with a number of Fire Emblem elements shoehorned in. That’s certainly not a bad thing, and I’m sure TMS #FE will fill a gap until Persona 5 launches next year, but don’t come here off the back of Fire Emblem: Awakening or Fates expecting more of that.

Tokyo Mirage Sessions #FE is too much of a traditional JRPG to bring new players to Wii U, but it’s a solid exclusive that SMT or Persona fans will adore.