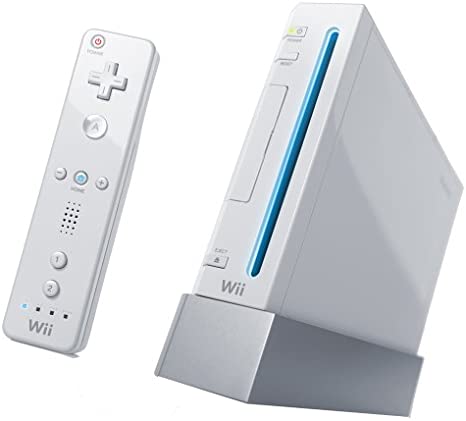 Nintendo’s record-breaking Wii console is nine years old in North America today, having made its worldwide debut in the region on November 19, 2006.

The Wii was originally unveiled under the codename “Revolution,” which is somewhat appropriate in hindsight, given the system’s phenomenal global success. Nintendo has sold over 100 million units as of September 2015, and during its prime in 2009, it broke the sales record for most game consoles sold in North America within one month.

The unique Wii Remote and Nunchuk controller set-up confused many at first, but eventually made gaming more accessible to a much wider and untapped market. The built-in accelerometer and infrared sensor introduced new ways to play video games, and this was demonstrated perfectly in Wii Sports; Nintendo created an ideal showcase for its brand-new hardware, and ingeniously bundled the sports game with all systems.

However, Wii proved itself to be somewhat notorious in the eyes of many due to its lack of power and low resolution output – areas in which Nintendo were particularly conservative to keep costs low — while competitors Sony and Microsoft embraced the high-definition era.

Its relatively weak hardware meant third-party developers were reluctant to downscale their HD efforts, and the result was often inferior to the output seen on Xbox 360 or PlayStation 3 versions of multi-platform games.

However, Nintendo’s first-party lineup proved more than enough for many long-term fans, with stellar entries in many of its highly-regarded series. Super Mario, Metroid Prime, Animal Crossing, Donkey Kong Country, Kirby, The Legend of Zelda and even Punch-Out!! all had brand-new games published on Wii, while third-party gems such as Little King’s Story, Okami and No More Heroes – to name but a few – all found their audience.

Nintendo also implemented the Nintendo Wi-Fi Connection service on a system-wide basis, having appeared in certain Nintendo DS titles that offered online multiplayer, leaderboards or downloadable content. Wii took this further and, for the first time, offered an online library of digital software; original software from many third-party and independent developers went under the guise of “WiiWare,” while retro offerings from previous Nintendo platforms became available on the Virtual Console, and both housed on the Wii Shop Channel.

Of course, these are initiatives Nintendo has continued to support and improve upon with the release of the Wii’s successor, Wii U, which recently turned three.

So, happy birthday Wii! You certainly proved to be the Revolution that Nintendo promised, and have provided millions upon millions of people with endless hours of fun with your unique controller and varied software library.