F1 2021 is set to be a game of firsts. It’ll be the first Formula 1 game to launch on the now-current-generation consoles, and it’s the first to be published by Electronic Arts since it took Codemasters under its wing.

In gameplay terms, all of the modes which made last year’s entry such a hit will make a return, including the excellent My Team mode, split-screen multiplayer, eSports League integration and the option to race in a Formula 2 campaign.

In addition, a new mode titled Braking Point is said to feature an immersive story, which sees F1 2019’s Devon Butler make a return as the player’s rival, both on- and off-track.

Perhaps most excitingly, though, is the addition of a two-player career option, which means you’ll be able to team up with – or fiercely compete against – a friend for the duration of an entire season, either locally or online.

New and returning tracks in Portimão, Imola and Jeddah will be added to the game via a free post-launch update, although there’s sadly no word on the Nürburgring, Turkey’s Instanbul Park, or Italy’s iconic Mugello making an appearance following their brief comeback for the Covid-affected 2020 season.

F1 2021 will launch on Xbox Series X and S, Xbox One, PlayStation 5 and PlayStation 4, in addition to PC via Steam, on 16th July 2021. If you purchase a last-generation version and later invest in a new console, you’ll become eligible to a free upgrade to the new version. 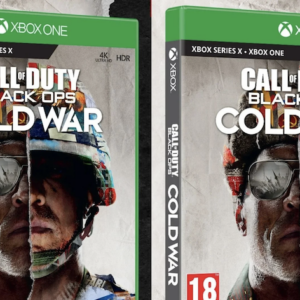