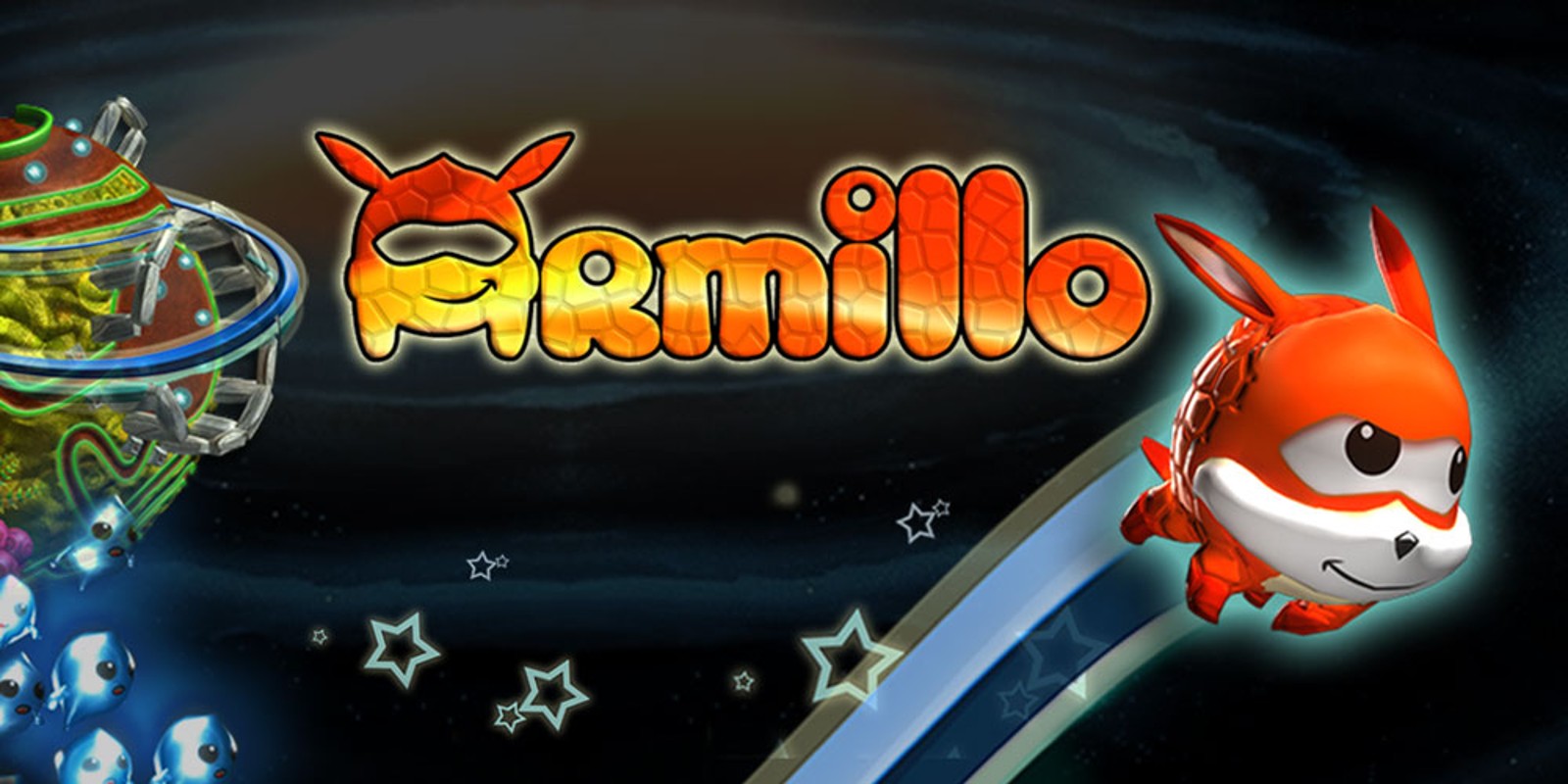 Before its release, Armillo had been in development for over three years. While it was originally intended to launch on Xbox Live, it was announced in January 2013 that Fuzzy Wuzzy Games had cancelled the game for Microsoft’s system, and had begun porting it over to the Unity game engine – which would soon be supported by the Wii U. After many delays and tweaks to the game’s formula, Armillo has finally surfaced as the eShop’s first title to run on the Unity game engine. And it looks like the wait was worth it.

As soon as you pick up the GamePad and jump into the opening grass world, you’ll feel right at home. Armillo offers a comforting sense of familiarity from the very beginning, with planet-based levels clearly taking inspiration from the Mario Galaxy games. Yet it never once feels stale, with new ideas and quirks regularly shaking things up.

One recurring theme is the mystery of the alternate dimension.If you notice no way to progress at a particular point, there’s usually a puzzle to solve or an obstacle to overcome within a nearby portal; although Armillo can only spend a few seconds at a time here, often requiring some quick thinking or a mad dash back to the entrance.

Other mechanics are less frequent, some even showing up for just one level. I’ll say no more about these for the sake of spoilers, though – and it must be said, there’s not a great deal of content to spoil.

I saw the end credits in around four hours, having completed all of the stages, plus eight of the twenty-five bonus levels. These are unlocked by finding the Darkbot Core that’s hidden in each standard stage, and take the form of a side-scrolling platformer – opposed to the 3D gameplay seen elsewhere in the game. These are a decent addition, offering a reasonably fun distraction from the story levels while challenging you with a strict time limit and collectible Orbs. However, the catchy 8-bit tunes aren’t enough to mask the boring visuals, generic level design and clunky controls on display here.

Which is ironic, as the the main 3D levels are pretty much the exact opposite. The vibrant visuals complement the the game’s charm, Armillo feels smooth and responsive to control, and the gameplay is fast-paced, engaging, and often exciting.

On the whole, Armillo is yet another fantastic addition to the Wii U eShop, bringing something new to the table with its three-dimensional platforming gameplay. It may underwhelm in some areas, but these are largely optional parts of the game anyway, and don’t detract from the core experience. And while this core experience doesn’t stick around for too long, the amount of variety that’s packed in does more than justify the price tag. Say hello to the Nintendo eShop’s new favourite armadillo.