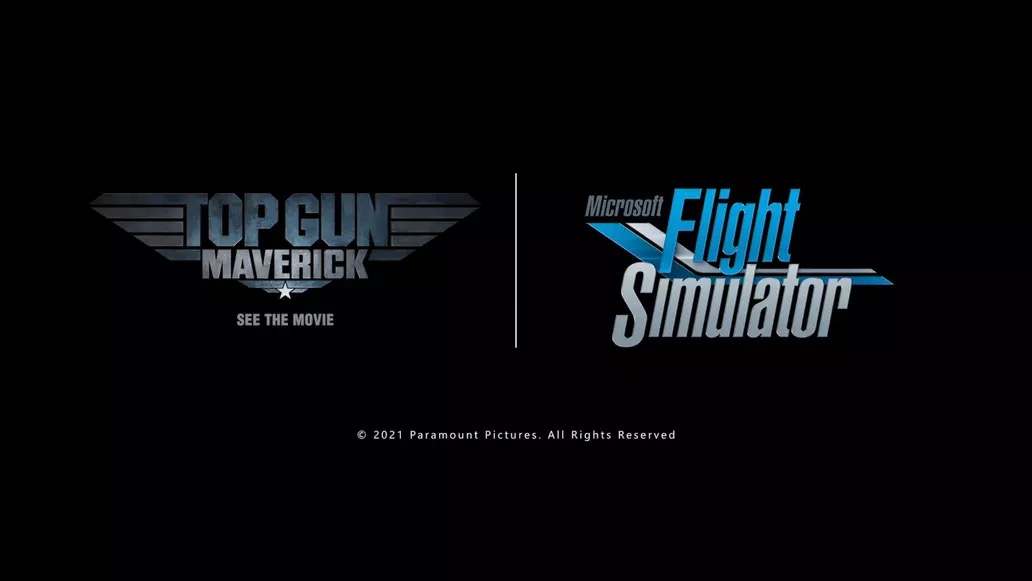 While the box office is currently being set alight by Tom Cruise in Top Gun: Maverick, the world of gaming is going through a bit of a drought in terms of high-profile new releases – or at least it feels that way after a hectic first quarter, which was packed with Elden Ring, Pokémon Legends and a smorgasbord of indies.

During these lulls, there’s always a handful of games I return to on a semi-regular basis: a few matches on FIFA, a couple of missions in Red Dead Redemption 2, and to unwind? A leisurely flight in Microsoft Flight Simulator.

Owners of the latter (or subscribers to Xbox Game Pass) will surely know by now whether this game is up their street. If you’ve played a few tutorials, trialled its exploratory flights and called it a day, then please don’t feel the need to read on – what’s to follow isn’t for you.

If, however, you’re like me and you’ve still got the 100GB behemoth hogging a good chunk of your Xbox’s SSD, I wholeheartedly recommend checking out the new Top Gun: Maverick DLC.

It introduces a new high-speed, stealth-based mission type, which tasks you with reaching your destination as quickly as possible, whilst also remaining within touching distance to the ground. There’s not a whole load of content here, but it’s a fun high-score bash – especially if you’ve got friends’ high scores to compete against – which adds a refreshingly fast-paced and high-octane flavour to an otherwise peaceful and relaxing video game.

The real highlights, though, are the final two challenges. The first of which sees you landing the movie’s iconic F/A-18 Super Hornet on a moving carrier ship at sea, which is a lovely nod back to the original movie’s video game tie-in on the Nintendo Entertainment System.

Finally, you also have the opportunity to pilot the fictional Darkstar, in an hour-long flight which spans the United States of America at speeds of up to Mach-10, through the Earth’s stratosphere. It’s not the most gripping hour of your life, but playing in a dark room with headphones and a flight stick is an ethereal experience, and is not be missed by fans of the base game.

Which brings me onto the hardware side of this post. I was fortunate enough to receive a T.Flight Full Kit X from Thrustmaster, which has elevated my evenings with Microsoft Flight Simulator to another level. I’ve chaperoned my Xbox Series S away from the big TV in the living room and hooked it up to the monitor on my desk. Workstation by day, flight deck by night.

Up top, the stick works immediately out of the box with no fiddly configurations required – just plug the device into your PC or Xbox console and the game will detect it as your primary input device, handling all of the button mapping for you.

It may take some time for you to get to grips with its button layout, and to mentally associate the on-screen commands with the locations of its buttons in your hands – especially with those that are situated on the front of the throttle lever – however, it’s a small hurdle to overcome which is absolutely worth persevering through.

Taking off, landing, and generally navigating through the game’s objectives become that little bit more intuitive, rewarding and comfortable when using the flight stick, and it comes with the added bonus of making you feel a million times more badass than you did while playing with the controller.

Under the desk, the rudder pedals are large and sturdy enough to use comfortably with shoes, although perhaps a little bit too chunky for those with limited space in their home. Given that you can also control your planes’ rudders by twisting the flight stick, the pedals are not a necessary addition, but certainly do go that extra mile in offering a wonderfully authentic yet accessible flight experience.

If you still find yourself regularly returning to Flight Simulator with a controller, the Thrustmaster T.Flight Full Kit X is a wonderful piece of kit which’ll raise your enjoyment with the game tenfold. Sure, it’s a little bit pricey, but I can promise that it’s a worthy investment if you’ve got the time to spend with it.