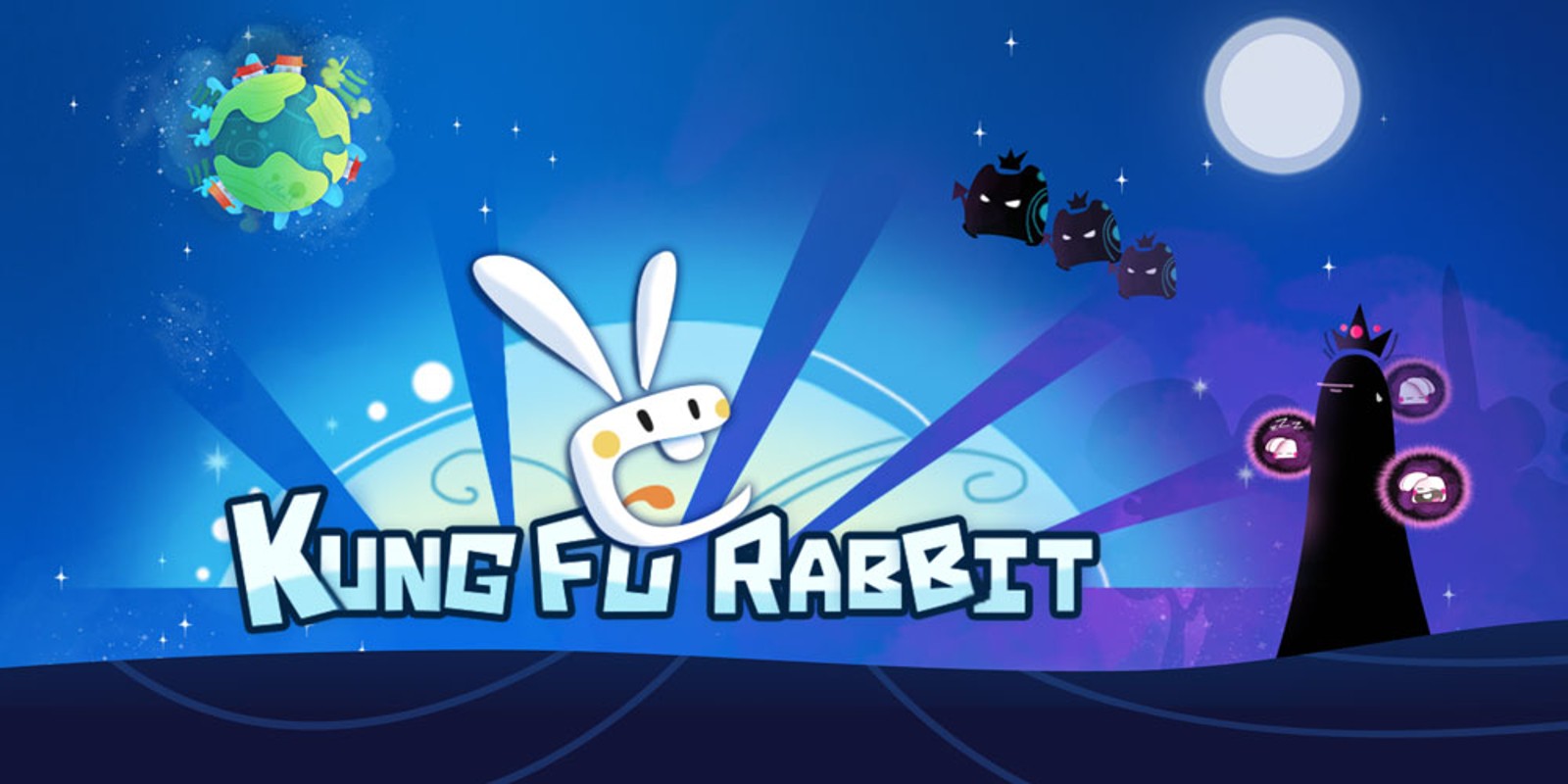 Kung Fu Rabbit arrives on Wii U courtesy of Neko Entertainment, as a HD port of last year’s iOS/Android platformer from cTools Studio. It wasn’t much of a high-profile release, yet it was a solid platformer that reviewed moderately well across the board.

The touch-based controls from the mobile version have survived the conversion to physical inputs surprisingly well, while the graphical style remains crisp, cutesy and charming – this time in high definition. Technically, Neko’s done a great job with this port, yet one aspect sticks out like a sore thumb: this game was designed for handheld devices, and it clearly shows. A majority of Kung Fu Rabbit‘s levels are almost unbelievably short from the offset, and although the latter half of its levels ramp up the difficulty considerably, you won’t spend more than a minute – if not less – on each level within the first quarter of the game.

That’s not to say it’s strapped for content. With eight worlds – each consisting of twenty levels – and four collectable carrots within each level, there’s a solid twelve hours of gameplay on offer for the reasonable £4.49 price tag. Whether you’ll actually be interested in seeing this game through to the end, however, is questionable.