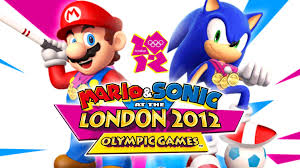 2012 is a big year for British sporting fans, as the Olympic Games are headed to Great Britain for the first time in sixty-four years, and what better way to celebrate than with another official video game tie-in starring an Italian plumber, a blue hedgehog and their friends? Sadly, we could list numerous ways in which you could get into the Olympic spirit rather than buying the first Mario & Sonic game to hit the 3DS, although that’s not to say that it can’t be a fun experience should you choose to do so.

At its core, Mario & Sonic at the London 2012 Olympic Games is a solid mini-game compilation, and like most mini-game compilations, it could be considered something of a ‘jack of all trades, master of none’, although saying that would imply that each of its mini-games are consistently well-made, balanced and fun to play.

Whilst there is an ample range of Olympic sports on offer here, not all are up to the standard you’d expect from the third game in a series which has two of gaming’s biggest names on the cover; though that’s not to say that they’re all bad, just a little lacking in depth and substance for the most part.

An example of this would be the Football mini-game, which is essentially a Flash-style game where you attempt to score goals against increasingly hard goalkeepers (there’s often more than one) from a Shy Guy’s corner kick. This can be great fun, and attempting to score each of the shots in a round can be addictive, too; yet there’s only so many times you can play through the event on its three difficulty settings before tiring and moving onto another, and this is the case for most sports.

Of course, there are exceptions, such as the Triathlon event which is an ‘endless’ loop of, as the name suggests, three sports which get progressively harder, allowing only three mistakes to be made before the game ends – not unlike the micro-game collections seen in the WarioWare series.

Whilst the game on the whole does make use of the Nintendo 3DS’s various control schemes in a variety of innovative manners, being a handheld title, more options would’ve been a nice addition. The tilt controls in the BMX mini-game, although well-executed, could easily have been mapped to the Circle Pad, therefore making the game more playable in less stationary locations, such as on a train.

Where SEGA have gone the extra mile with the latest Mario & Sonic game is with the addition of a new Story Mode, although this does little more than it says on the tin – it plays out as a (rather wordy) story in which Mario, Sonic and friends are out in force to attempt to falter their respective arch-enemies, Bowser and Dr. Eggman, who are attempting to put a stop to the Olympic Games after failing to receive an invite. It is, however, extremely text-heavy, with the gameplay deriving from challenging the rival you meet within a specific chapter to an Olympic Event.

When you complete said challenges, the medal you earn is stored on your profile so beating the event in the standard single-player mode is not required. On the contrary, you can play through each of the events that feature in the Story Mode via the single-player option, thus cutting out a lot of reading, getting straight the the gameplay – what this game is all about.

Overall, Mario & Sonic at the London 2012 Olympic Games for the Nintendo 3DS delivers a reasonable collection of mini-games which, despite its hindrances, can be fun to play. If you’re looking for a game in this genre, this is probably your best option, although there’s definitely plenty of room for improvement should SEGA decide to continue the franchise after the enormous success of previous games in the series.