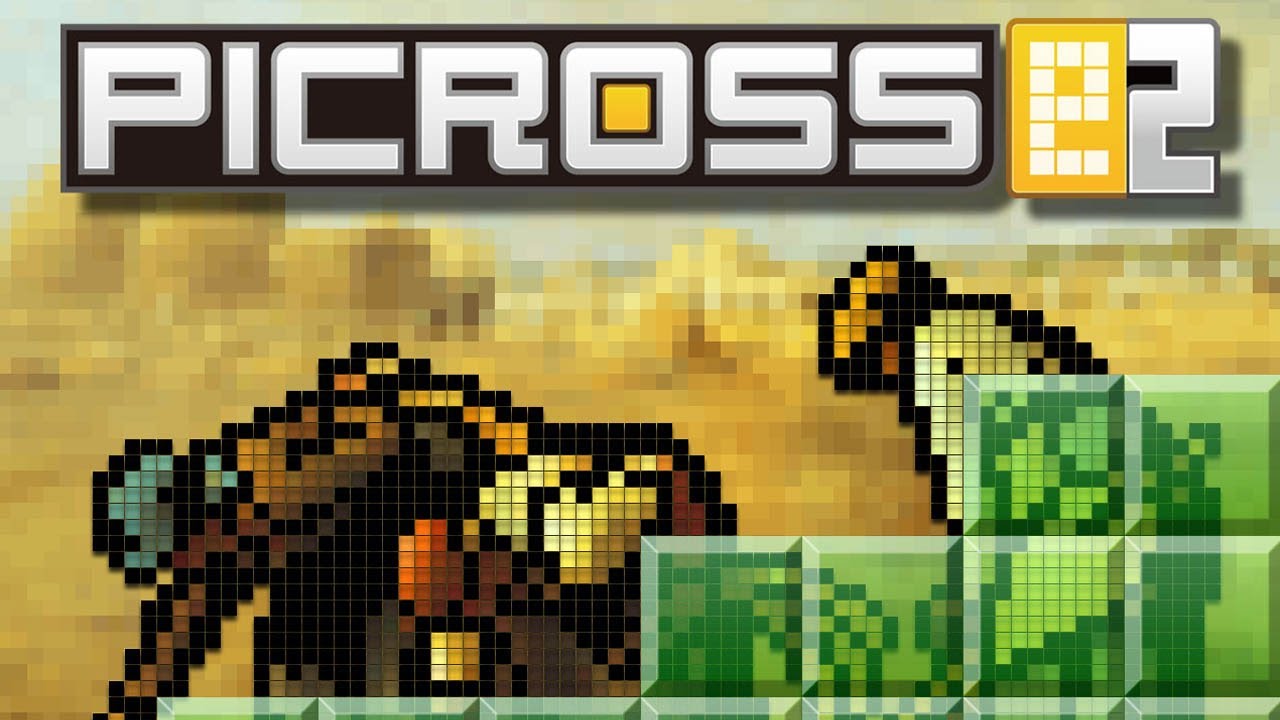 If you’d take a moment to think back to our Picross e review, you may remember the praise we lavished upon Jupiter’s pure-breed puzzler. With its sequel – creatively titled Picross e2 – what we have is a better game overall, yet one that’s seen only diminutive updates and enhancements since the release of its predecessor, which arrived only months beforehand.

With that said, the first noticeable improvement you’ll notice in e2 will be the more detailed tutorial. It occupies sixteen pages of writing, and details multiple methods you’ll need to solve a majority of Picross e2′s puzzles; although you’ll probably have picked up on these techniques by the end of Picross e – if you played it – and that’s a testament to the increased difficulty curve in this sequel.

While it starts off nice and simple, as usual, with tiny 5×5 puzzles that can be solved in a matter of seconds, Picross e2 starts to utilise some of the more complex and tricky mechanics even in the would-be easier 10×10 levels. Although, this is by no means a detriment to the game: the puzzles are still accessible, and ready you up for the more difficult Free and Extra modes later on, which do get much trickier than any puzzles seen in Picross e.

This game also includes each and every new accessibility option from the previous iteration. Whilst being completely optional to use, the ingenious simplicity of Navigation and Hint features once again excel at making the game appeal to the widest possible audience, in that Picross e2 is completely open to newcomers, whilst offering more of a challenge to those that know and love the series. Similarly, e2 also lacks Picross DS‘s zoom function, meaning that once again, the puzzles are limited to 15×15 in size; and whilst this is not necessarily a negative point – the puzzles that are included are brilliant – it once again leaves us wanting more, and unless you’re playing on a 3DS XL, you may find the largest and hardest puzzles a little fiddly.

The presentation meanwhile is yet again simple yet serviceable. Picross e2 supports the 3DS’s 3D display, yet has done away with the 3D backgrounds behind what’s on the top-screen, rendering the effect less useful than in the previous entry – which we called “both underwhelming yet overdone at the same time” in our review. Once again though, you won’t be paying attention to the aesthetics as you’re whittling away the hours with its ultra-addictive gameplay, and mellow – albeit repetitive – background music.

The only ‘real’ new addition to Picross e2 is the new Micross mode, which is something of a relaxing extra for you to wind down with, after completing the solid Extra puzzles. It changes the presentation, with a new graphical style and background tune, whilst shaking up the gameplay with 80×80 replicas of classic art pieces in a series of smaller 10×10 puzzles. Recreating an Opus such as Mona Lisa in pixel-art is much more rewarding than you’d think – especially after creating simple sprites in the shape of cars, sheep and the like throughout the bulk of the game.

Overall, Picross e2 is yet another fantastic package from Jupiter. Despite being the second in the e series, it’s yet another perfect place to begin as a newcomer, whilst also remaining challenging for long-time fans of the series. With another one-hundred-and-fifty puzzles to solve, and a brand-new Micross mode on top of that, this game is yet another steal at the bargainous price of £4.49. The only circumstance, realistically, in which you shouldn’t buy Picross e2, is if you’ve played a previous entry and feel that the series has nothing more to offer; otherwise, what do you have to lose?