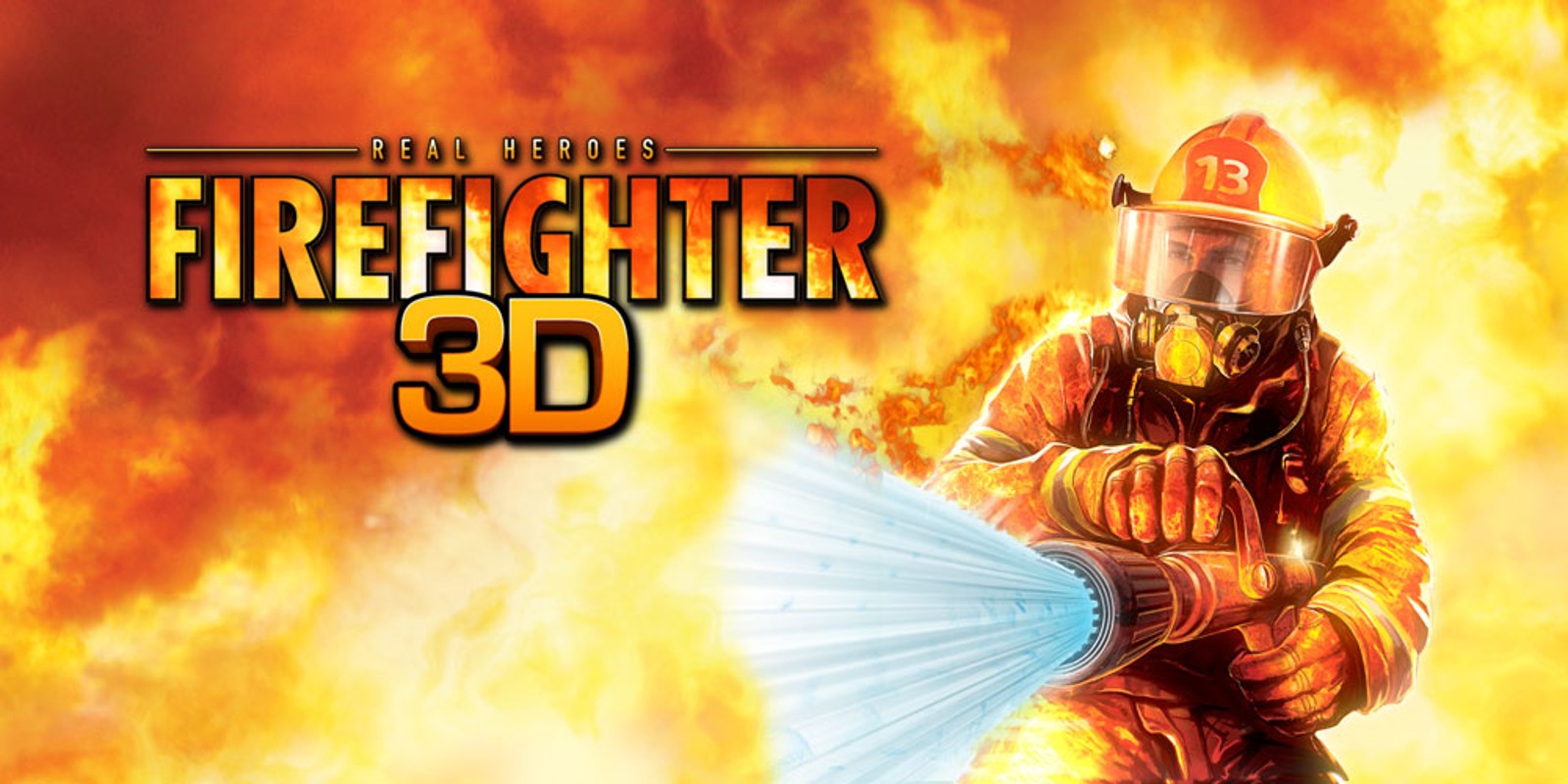 In retrospect, the Nintendo DS was a great system for first-person shooters. we had Metroid Prime Hunters from Nintendo, Renegade Kid’s Dementium and Moon IPs, as well as a plethora of handheld Call of Duty tie-ins from Activision. With 3DS, Metal Gear Solid: Snake Eater 3D and Resident Evil: Revelations prove that the handheld can churn out authentic shooters that both look and play fantastic, although – until Real Heroes: FireFighter 3D – we’re yet to see a serious first-person title on 3DS.

Admittedly, rescuing civilians rather than assassinating terrorists and hosing buildings with water rather than missiles is a somewhat refreshing twist to the genre, and it’s clear that the developers had good intentions with this particular title. Sadly though, we feel that each of these new ideas aren’t elaborated on quite enough throughout the course of the game, and are often held back by technical frustrations aplenty.

Each of the game’s missions – while taking you between burning houses, cinemas, pet stores and more – often rely on the same, simple mechanics; usually boiling down to the same formula which sees you fighting your way through a raging inferno, finding a trapped survivor, and escorting them to safety over and over. While this sounds solid enough, you’ll often find yourself walking around in circles, wondering where you’re supposed to be heading next, and what you must interact with in order to trigger the next sequence of the game – and that’s despite an on-screen arrow which points towards your objective.

Tied in with really dumb AI characters which don’t know how to walk around a burning object when there’s an obviously clear path around it, an unfair checkpoint system which punishes you in far too harsh a manner should you succumb to the flames, and fellow firefighters that can barely even use an extinguisher, and this game gets old fast.

Okay, so maybe you really want to try out this game, and are considering it – despite its flaws that we’ve mentioned so far. Alright, what if we told you that the game engine itself is far from solid? On a technical level, the frame rate is choppy at best, and drops even lower if you let too much fire get out of hand on-screen. Similarly, the graphics barely – if at all – surpass those seen in the last-gen handheld shooters mentioned in the opening paragraph of this review, while the controls are unresponsive and fiddly, with small touch-screen buttons which often need to be tapped numerous times in order for the input to actually register.

Surprisingly, Firefighter 3D‘s voice actors have done a great job in making the various instances of witty dialogue and cheesy banter a highlight in an otherwise poor game; although in honesty, it’s hardly a huge selling point, is it?

At retail, this game is impossible to recommend; and even as an £8.99 download we’re struggling to think of a reason for you to pick it up. Unless you’re really, really burning up for some first-person action on 3DS, you should avoid this one at all costs.