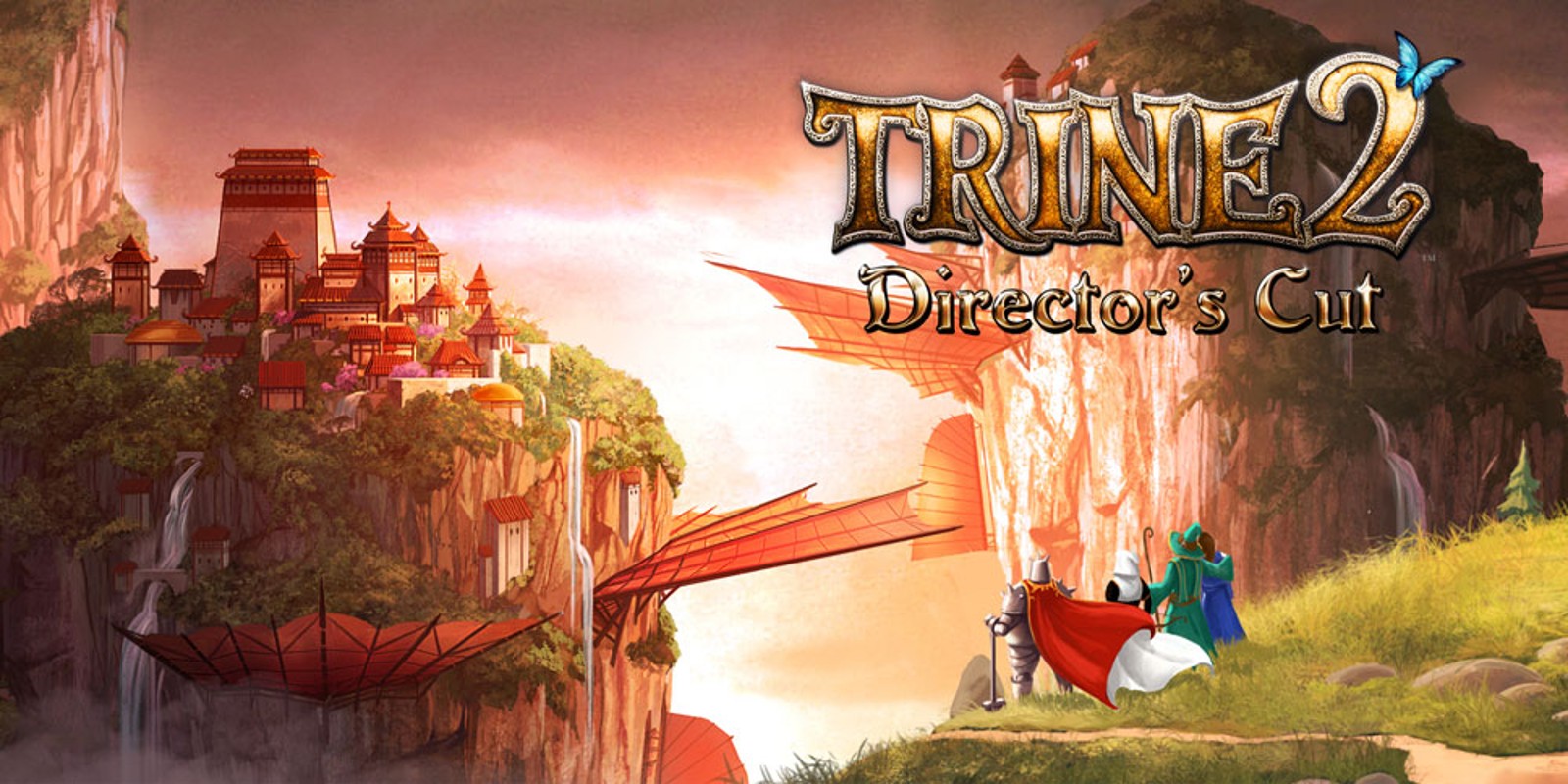 As with many Wii U launch titles – both retail and download – Trine 2 is a game that’s appeared on multiple formats before its arrival on Nintendo’s latest console. Whereas the triple-A launch software such as Call of Duty: Black Ops II, Assassin’s Creed III and FIFA 13 merely include a few minor touch-screen updates, Frozenbyte has gone the extra mile with its port of last year’s Trine 2, fully justifying its Director’s Cut subtitle.

Trine 2: Director’s Cut is easily the definitive version of this platforming sequel, not least because of its extra content. Whilst the Xbox 360 and PlayStation 3 versions are limited to the original thirteen chapters, the PC version added an extra six via a downloadable content pack, Goblin Menace, for an extra £5.99. With the Wii U version, the developers have thrown all of these levels into a single download, stuck an extra Wii U-exclusive stage in for good measure, and released it at the wholesome launch price of £10.99 – yet even when it increases to £13.99, you’ll still be getting excellent value for money compared to the Steam version.

The new additions don’t stop there: whilst we haven’t played this game on other formats for comparison, Frozenbyte is claiming that the Wii U version “is using slightly higher graphics settings than the other consoles,” and it certainly shows. The game in general is a feast for your eyes, and each themed area you come across will flabbergast you more than the last. With silky smooth animations all-round, intricately designed levels and backgrounds, and some fantastic lighting effects, we’d go as far as saying Trine 2 is one of the best looking games we’ve ever clapped eyes on.

The gameplay isn’t quite as polished however, although that’s not to say that the game’s not enjoyable – it really is. There’s some excellent puzzles which really get you to use your head, as well as the environment, in clever ways – and the gripping story of your three adventurers – Amadeus the wizard, Pontius the knight and Zoya the thief – and their quest to save the kingdom from the evil queen Rosabel, will certainly keep you coming back for more – even after you’ve done just that and you move onto the post-game Goblin Menace levels.

The main problem, we’d say, is that there’s usually a way to get by most puzzles outside of the conventional way set out by the developers. Whilst you’re expected to switch between your three adventurers and use their skills accordingly – to manipulate the environment in order to direct a waterfall onto a seedling, for example – once you’ve upgraded Amadeus’ skills it’s likely that, rather than placing cubes on tiltable platforms to weigh them down, you’ll find a way to simply levitate across an expansive crevasse rather than using the plant that’d grow from the sapling upon watering it.

Which brings us to the characters: each one has his/her own personality, and the dialogue gets funny from time to time as a result; Pontius hoping to eat a pumpkin which is required as a trampoline as means to reach a high-up platform is a highlight for us. Each character also has their own moveset, weapons and skills. Amadeus, being the wizard, can’t attack enemies, but uses his powers to create boxes and planks, and to manipulate the environment in often clever ways to solve puzzles. In single-player, you’re required to switch between each of the three characters and use each one’s skills accordingly. If there’s an enemy goblin sprinting towards you with club in hand, you’ll be needing Pontius and his own trusty sword, and if there’s a hard-to-reach platform, you’ll be calling on Zoya to grapple and swing her way up there.

This is where the GamePad touch-screen comes into its own. Whereas drawing boxes and moving them around with analogue sticks on other platforms is awkward and fiddly, using a finger or stylus to guide them through the world is an incredibly ingenious way of implementing the new controller. Aside from moving left and right – which is done with either the left stick or D-pad – every other control has also been mapped to the touchscreen should you choose to use it, and using a combination of button and touchscreen controls feels extremely intuitive.

Sadly, due to the Wii U currently only supporting a single GamePad, any co-op partners are currently forced to use either a Wii Remote and Nunchuk, or Wii Classic Controller (Wii U Pro Controller support is getting patched in later this month), meaning they must put up with the fiddly analogue controls if they want to draw a box to stop the produce of a poison-emitting plant, or if they want to aim an arrow of Zoya’s precisely.

This is somewhat made up for with the game’s online modes, however, which see you playing through any of the game’s stages with up to two others, with a variety of options regarding who you’d like to play with. You can jump straight into another’s game-in-progress – providing there’s a slot free – or you can search the worldwide lobbies for somebody willing to play a level you’re also interested in. You can also host your own lobby, and either allow players worldwide, or just folk on your Wii U friend list to join. If you don’t know anybody else who owns the game, however, you can always jump onto the ever-friendly Miiverse community and ask the Trine 2-owning masses for a co-op partner or two.

With a fantastic overarching soundtrack which intertwines with the theme of the area you’re playing through at any given time, Trine 2 is a perfect example of what to expect from indie developers on Wii U. As we’ve said, an absolutely stunning game, with plenty of content for the asking price.

Note: Frozenbyte is planning to release an update later in December which will include the following features: Voice Chat, Wii U Pro Controller support and some “additional visual vividness to the graphics”. Naturally, we can’t review aspects of a game which don’t yet exist, although in fairness, each of these additions can only improve on the original game. If you’re put off by a lack of headset or Wii U Pro Controller support, just be patient – it is on its way!